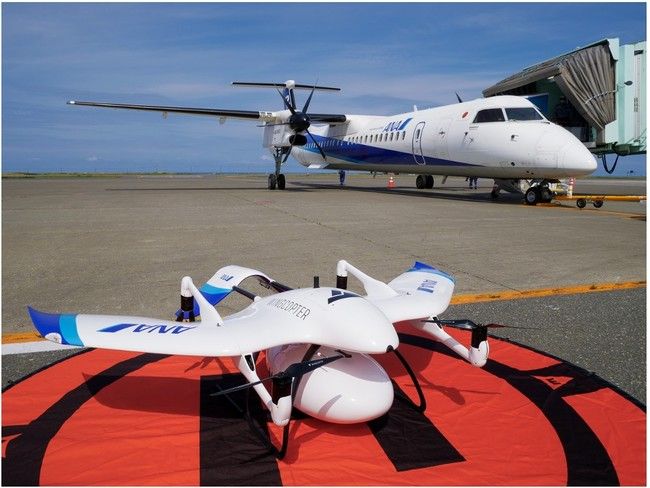 Japanese partners BIRD INITIATIVE, All Nippon Airways, ANRA Technologies, Ein Holdings, NEC and the Hokkaido Bureau of Economy, Trade and Industry of the Ministry of Economy, Trade and Industry demonstrated drone take-off and landing with scheduled manned aviation flights in accordance with official guidelines during November, reports the Japan Unmanned Aerial Systems (UAS) Development Association (JUIDA). The operations follow guidelines published by the Ministry of Health Labour and Welfare, and the Ministry of Land, Infrastructure, Transport and Tourism, in June 2021 relating to the delivery of medicines by drone.

The cooperation between ANA and Hokkaido Airports resulted in the demonstration to operate a logistics drone at an airport coordinated with regular air flights. The purpose of the experiment was to verify the connection between drone logistics and air logistics.

These typical drone operations are designed to enable rapid and consistent transportation from rural areas to urban areas, and in the future, provide the basis to build a new hub-and-spoke distribution network centred on airports. The initiative also aims to promote industry in rural areas.

The demonstration is part of the Project for Realizing an Energy-Saving Society in which Robots and Drones Play an Active Role” (DRESS Project), a project commissioned by Parsol Process & Technology from the New Energy and Industrial Technology Development Organization (NEDO). The DRESS project has been underway since 2017 in preparation for the Japanese policy to remove the ban on non-visual flight (level 4) in manned areas by the end of 2022