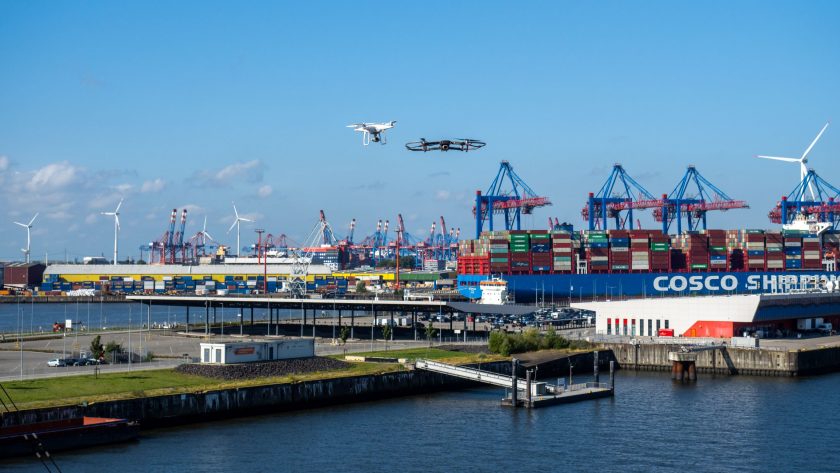 The U-space sandbox in Hamburg has demonstrated that the European U-space concept works in practice this real-world laboratory. The focus of the trials was on the interaction of the various U-space services mandated by the EU. The project has recommended several actions which are currently being examined by the funding body, the Federal Ministry of Transport and Digital Infrastructure (BMVI), and will be presented in 2022.

The European Union’s U-space Regulation is to be transposed into national law at the beginning of 2023. The experience gained by Droniq and DFS in the context of the U-space sandbox and the recommendations for action based on this experience will form a basis for the national implementation of U-space airspaces. The first U-Spaces are expected to be established in Germany from 2023.

The real-world trials were run by Droniq GmbH and DFS Deutsche Flugsicherung GmbH (DFS). The partners are focused on the safe and efficient integration of drones into urban spaces, including in combination with manned aviation.

Among insights gained during the trials, process automation and the involvement of relevant authorities are vital. A key observation was that the processes used for the fast and efficient handling of drone flights in U-space must be automated for the most part. This concerns, among other things, the checking of applications for permission to fly. Such checks must ensure, for instance, that the flight requested by a drone pilot does not overlap with other flights.

The trials also showed the establishment of U-space requires the support of local authorities and the consideration of local interests. These authorities must be informed about the current processes not only when setting up a U-Space, but also during its operation, in order to be able to provide information, for example in the event of queries from third parties about the drone flight taking place.

U-space services are offered by a U-space service provider, which coordinates drone traffic in the U-space. Droniq took on this role in the trials. For this purpose, it used the traffic management system for drones (known as a UTM) which it sells, a system developed by DFS. The information needed for this was provided by the single common information service provider (SCISP) in the U-space sandbox. Among other things, this included the provision of air traffic data on manned aircraft. Together with the traffic data from the drones, a combined air situation display was made available. The role of the common information service provider was taken on by DFS in these trials.

“We have shown in the sandbox that a U-space can be set up anywhere, even in such a challenging environment like the Port of Hamburg,” said Droniq CEO Jan-Eric Putze. “Droniq is already U-space ready. This underlines our claim to become Germany’s first U-space service provider.”

The sandbox was implemented together with several project partners. These include the Hamburg Port Authority AöR (HPA), HHLA Sky GmbH, the Hamburg Ministry of Economy and Innovation, Hamburg Aviation, as well as the UDVeo project consortium. DFS tower controllers were also involved in the realisation of the drone flights within the control zones. The Federal Ministry of Transport and Digital Infrastructure (BMVI) is sponsoring the establishment of the first U-space Sandbox in Germany with just under EUR 500,000 in funding. The project is part of the Drone Action Plan presented by Federal Minister Scheuer in May 2020.

German Minister of Transport, Andreas Scheuer: “This is good news for the future of mobility. These practical tests in the first German U-space real-world laboratory – which we funded – have been completed successfully. The tests have shown what a well-functioning, safe and intelligent interaction between manned and unmanned aviation can look like. From the findings, the project partners have developed recommendations for action for the establishment of U-space airspaces in Germany, which the ministry is currently evaluating. This brings us a big step closer to the everyday deployment of innovations in the drone market that spring from Germany industry. This is important because drones can be smart, fast and clean helpers in everyday life. They are changing how we think about passenger transportation, logistics and supply chains, as they can be used to transport vital medicines, tools or parcels both quickly and efficiently over long distances. Drones supply rural areas and those that are otherwise hard to reach, offer valuable assistance when performing inspections of production equipment and infrastructure and also provide key support for rescue services, disaster relief and agricultural operations.”