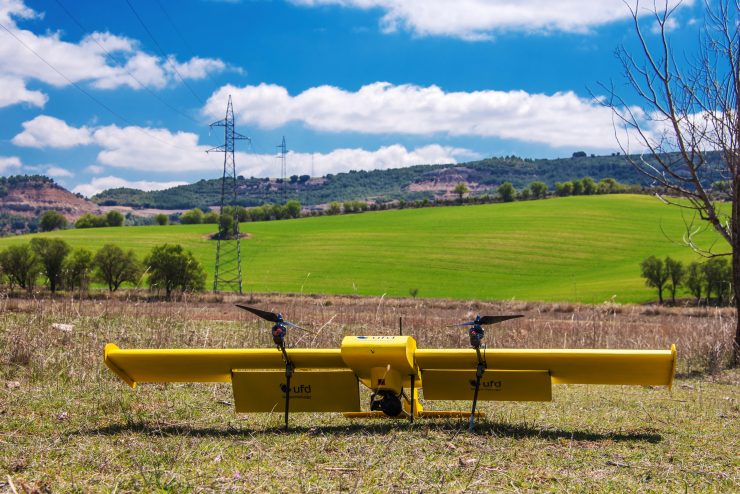 Spanish Agency for Aviation Safety (AESA) has authorised beyond line of sight (BVLOS) drone flights to inspect power lines. Spanish electricity company Naturgy has established an alliance with Vodafone to monitor power lines using drones in a programme with drone operator FuVeX, according to a report by El Pais. The three companies are working within the framework of the European project Robotics for Infrastructure Inspection and Maintenance (RIMA) to promote the European industry of long-range drones. In this way, monitoring of thousands of kilometers of Naturgy power lines may be replaced in the near future by drones controlled remotely from the offices of the energy company itself.

Vodafone, Naturgy and FuVeX have committed to operating the first long-range drone flights in 2021 to inspect all the power lines of the energy company, says El Pais.

The alliance aims to establish robust communications, using 4G and 5G with technologies such as RPS (Radio Positioning System) to allow the drone to be positioned and controlled at all times. “RPS technology allows a very precise estimation of the drone’s position through its SIM card, providing an alternative source to the traditional one based on GPS coordinates,” according to the report.

AESA granted the first authorisation for BVLOS drone inspection of power lines for electricity distributor Naturgy in 2019, when UFD, an electricity distribution subsidiary of Naturgy, entered into a partnership with FuVeX to enable its power lines to be inspected more efficiently and reduce the safety risks for operators. Naturgy’s goal is to use this technology on a regular basis.

The first flight was made possible thanks to a partnership and coordination with AESA, which is responsible for overseeing operations with drones up to 150 kg, and ENAIRE, the air navigation and aeronautical information manager in Spain.

Work on developing the idea began in the autumn of 2018 with a detailed analysis of the operation in terms of safety and compliance with current regulations. Following various technical adjustments and tests, UFD completed the first unmanned flight beyond the line of sight over an electricity power line in in Huete (Cuenca) in 2019, says Naturgy.

UFD is promoting the use of long-range drones with control beyond the line of sight to inspect its power lines. The goal is to improve the productivity of these reconnaissance operations using a drone that is somewhere between a helicopter and a conventional drone, combining increased autonomy with lower costs. Previously, power lines were checked by drones that fly within the line of sight; i.e. within a maximum of 500 metres from the pilot. The objective sought by UFD and FuVeX is to take drones to their next industrial level -long-distance flights- and become the first company to operate drones at an industrial scale at long BVLOS distances over power lines in 2020 in Europe.

FuVeX, has designed a hybrid aeroplane/multi-rotor vehicle with a patented design that is easily operated thanks to its vertical take-off/landing from any flat surface and its airplane mode cruising, with up to five times more range than helicopters and multi-rotor vehicles. The aircraft includes systems for safe, legal and airspace coordinated flight.