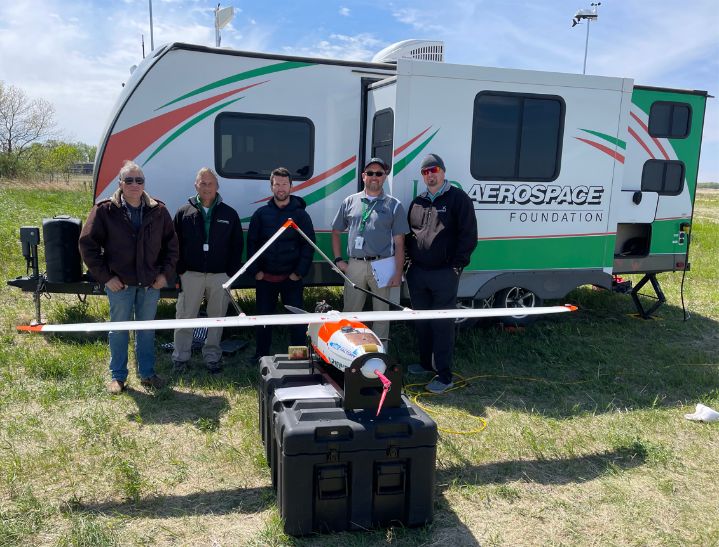 According to the Sagetech press release, ACAS X has become an international standard in airborne collision avoidance. ACAS X algorithmic techniques and probabilistic models to provide a collision avoidance system for all classes of piloted and unpiloted aircraft. Sagetech has integrated the ACAS X algorithms with the DAA computer and paired it with the company’s MX transponder to receive ADS-B In track data, a critical sensor input to the ACAS logic.

Data from the test flights were provided to FAA researchers for use in the evaluation of ACAS Xr logic for crewed and uncrewed rotorcraft. “Sagetech’s prototype ACAS Xr device integrated into a UAS demonstrated the receipt of RWC [remain well clear] and CA [collision avoidance] alerts,” explained Neal Suchy of the FAA’s TCAS Program Office. “These results along with their planned testing of omni-directional surveillance will prove useful to the continued development of the ACAS X system for use in rotorcraft.”

Sagetech and UND Aerospace Foundation (UNDAF) chose the Penguin C aircraft built by UAV Factory to flight test this solution due to its flexible payload configuration and cost-effective operations. The system is optimized for gyro-stabilized day and night payloads with weights under 4.5 lb. “The Penguin C aircraft provides simple customized payload integration and has an endurance of up to 20 hours,” according to Josh Brungardt, UAV Factory’s Executive Vice President. “With its maximum takeoff weight (MTOW) of 50.7 lb, the Penguin C packs significant capabilities into a small and versatile aircraft platform for performing a wide variety of missions. The aircraft uses a sophisticated parachute recovery system, which eliminates the need for bulky landing equipment and can also be deployed for emergency landings. The addition of Sagetech’s DAA solution to the industry-leading Penguin C aircraft, with its proven parachute recovery system creates the world’s best safety case for flying BVLOS missions.”