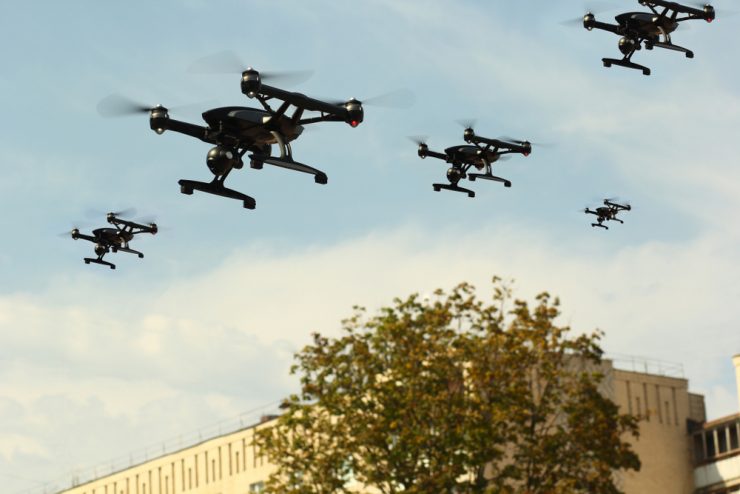 An article published by New Atlas reports an international team of scientists, led by Professor Richard Bomphrey at the Royal Veterinary College (RVC) in London is researching a mosquito’s ability to fly and land in the dark to develop a new collision-avoidance sensory system that has been tested on a quadcopter. The team looked at the sensory mechanism in the male Culex quinquefasciatus mosquito and found a way to mimic the insect’s ability to use airflow to detect obstacles.

Mosquitoes can land very lightly even in pitch darkness. According to the New Atlas report, they manage this thanks to mechanosensing, which is a responsivity to mechanical stimuli that allows them to sense obstacles without using their eyes. Unlike bats, which navigate by means of a biological sonar system, mosquitoes use a combination of their wings, antennae, and airflow.

According to the research, mosquitoes fly by beating their elongated wings very rapidly, producing fast jets of air that provide lift. If these jets encounter an obstacle, these airflow patterns change shape, which can be detected by an array of receptors at the base of the mosquito’s antennae called the Johnston’s organ. This allows the insect to build a picture of its surroundings using “aerodynamic imaging,” allowing it to map where the ground and other obstacles are located.

To learn how the mosquito does this, the team made high-speed recordings of its flight and then analyzed it using computational fluid dynamics simulations. They found that the Johnston’s organs were ideally located for measuring the pattern changes because the pressure differences were the greatest above the mosquito’s head, and that they worked best at low altitude.

The mosquito is exploiting the ground effect, which is the increased lift and aerodynamic drag generally experienced by aircraft when flying under two wing-lengths from the ground. When the simulation took this into account, the researchers found that the Culex mosquito could detect surfaces more than 20 wing lengths away – much farther than previously thought.

The team then used these findings to provide a miniature quadcopter with aerodynamic imaging by fitting it with a bio-inspired sensor device. This device consisted of an array of probe tubes connected to differential pressure sensors placed for maximum sensitivity. After a series of test flights, the quadcopter was then allowed to fly autonomously.

The team found that the quadcopter could detect surfaces at a sufficient distance to avoid the ground or walls with little or no data processing, In addition, the new system is said to be lightweight, power-efficient, and scalable. The research was published in Science magazine.