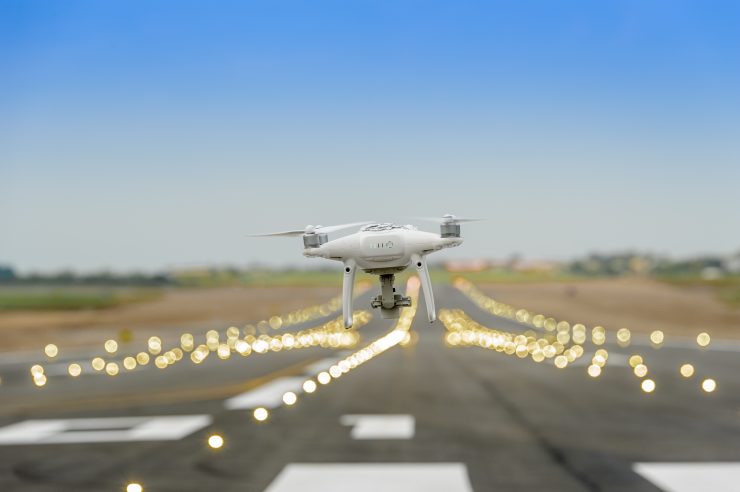 Airports have a rare opportunity to expand beyond visual line of sight (BVLOS) drone operations during the pandemic according to Altitude Angel’s Head of ATM Philip Binks. Activity needs to be managed carefully and “Unmanned Traffic Management (UTM) is there for that to happen.” Binks was speaking at the Network of U-space Demonstrators webinar hosted by Eurocontrol on 28 May 2020.

Airports already employ drones in a number of areas. Applications such as perimeter security, pavement inspections and building surveys are typical examples where drones offer many advantages over conventional operations. “Drones can help to reduce costs and increase efficiency, for example using onboard sensors and data analysis.” Overheads can be lowered, as a major airline discovered through using drones for airframe inspections saving “GPB1 million per week,” says Binks.

“Unmanned operations, which require less interface by nature, have grown during the current pandemic, while quiet skies create opportunities for BVLOS flights,” says Binks. Government funding is also supporting drone research programmes: For example, the UK’s GPB26 million boost to BVLOS medical delivery trials between the mainland and Isle of Wight; and the Germany government’s EUR24 million grant awarded to digital solutions tackling challenges caused by the coronavirus under the #SmartDevelopmentHack programme.

“People are starting to accept drones will be part of everyday life,” says Binks. “Aviation needs to work together to develop a commercial model.” Trials play an essential part in this process and moving more test operations from segregated airspace into non-segregated airspace is the next major step towards progress in this area.