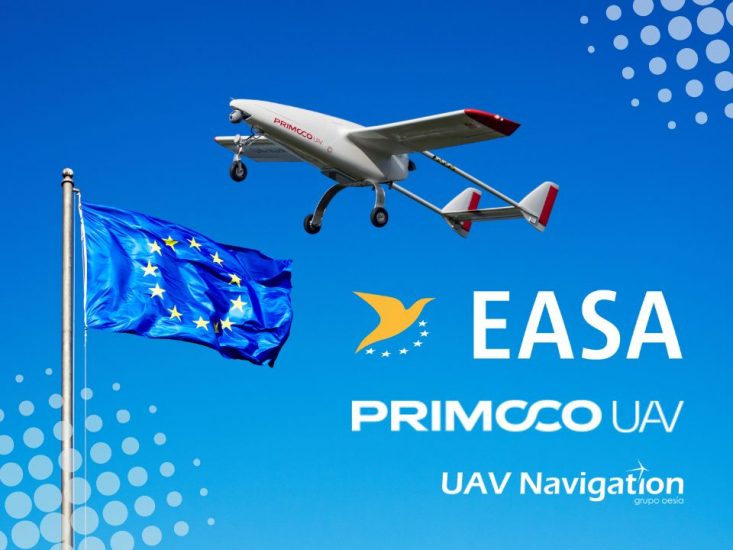 Czech company Primoco UAV has been granted the European Union Aviation Safety Agency (EASA) Light UAS Operator Certificate (LUC) in the ‘Specific’ category.  According to a press release from UAV Navigation, flight control system supplier to Primoco, this is the first time such a certification has been issued to an unmanned fixed wing platform manufacturer in Europe (previously awarded only for rotary wing platforms).

The Primoco UAV Model ONE 150 has a maximum take-off weight of 150 kg combined with a flight time of up to 15 hours, a range from the ground station of up to 200 km and an overall distance covered of up to 2,000 km,” said Primoco. “This endurance combined with a cruise speed of 100–150 km/h gives the Primoco UAV – compared to electric aircraft – unmatched performance in its category, while at the same time operating costs are kept to a minimum. The unique features of the UAV ONE 150 are its 30 kg payload and its high-altitude capability allowing extended missions with a mixed sensor payload and operation at altitudes of 2,000 m or higher”.

LUC will allow the Czech company to operate its platform for critical infrastructure inspections and other applications as authorized within the European framework. Primoco UAV has executed the first successful BVLOS-flight of an Unmanned Aerial Vehicle (UAV) while regular air traffic was happening in a military airspace of the Bundeswehr in Manching, an event that may be executed anywhere in Europe with this certification.

UAV Navigation has been working with Primoco as a key system supplier since 2016.