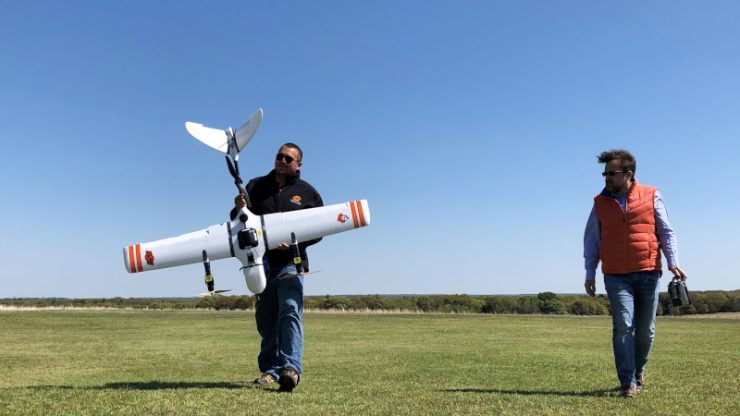 The system is designed to deliver medical supplies and testing kits for pandemic relief and other disaster response efforts using unmanned aircraft to speed delivery and reduce risk.

The FlightHorizon system provides air traffic monitoring and safety to allow drone flight beyond the visual line-of-sight of the pilot, which is required for FAA authorization. The flight was carried out by OSU’s Unmanned Systems Research Institute.

“Our goal with this flight was to demonstrate the key elements of a safe beyond visual line-of-sight medical supply delivery drone system that is affordable, highly portable, complies with industry standards and is waiver-ready,” said Kraettli L. Epperson, CEO of Vigilant Aerospace.

“To reach that goal, OSU has combined an efficient VTOL aircraft customized with a temperature-controlled payload and we provided our portable detect-and-avoid system with on board telemetry, transponder tracking and radar,” said Epperson.

The aim of the flight was to demonstrate the ability to track the emergency delivery aircraft and all surrounding air traffic to maintain situational awareness and predict potential conflicts. Air traffic and the drone were tracked throughout the flight in real time using FlightHorizon.

This flight was conducted as part of the research and development project funded by the Oklahoma Center for the Advancement of Science and Technology’s (OCAST) Oklahoma Applied Research Support program (OARS), which funds innovative projects in industries critical to Oklahoma’s economy.

FlightHorizon helps unmanned aircraft to automatically maintain safe distances from manned aircraft by accepting data from multiple sensors, tracking air traffic and providing drone pilots or autopilots with avoidance commands when a conflict is predicted. The company’s product prototype is currently being used in multiple NASA and FAA R&D projects and the company has a research project with OSU to integrate radar. The system has been the subject of multiple research papers co-authored with NASA.