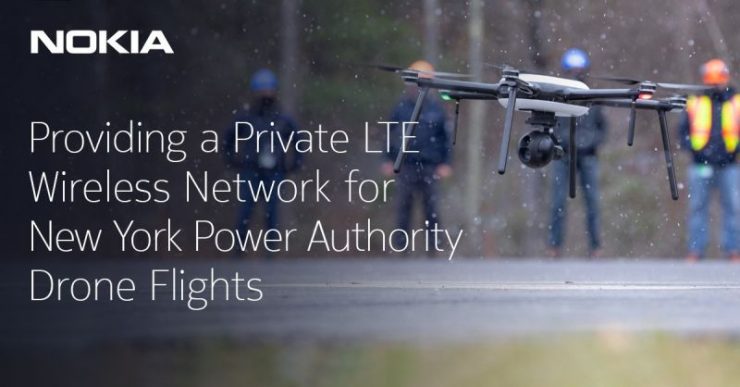 According to an Omega press release, the pilot project will evaluate the use of Nokia’s industrial-grade private LTE wireless network using Omega’s Band 71 spectrum at NYPA’s Blenheim Gilboa Power Plant in Schoharie County to support a range of applications, including mobile enablement of the digital utility worker, Voice over LTE and drone control with video uplink. For example, an LTE-based network would allow the utility to use drones to help manage critical field operations for NYPA’s more than 1,400 circuit-miles of transmission lines, which until now have relied upon expensive and time-consuming manned aerial vehicle inspection. The project also will allow NYPA to evaluate and explore how a wireless backbone could be implemented on a much larger scale across its assets throughout the state and serve its current and future applications, while still providing operational cost savings.

600 MHz spectrum is an ideal fit for the network, says Omega. The spectrum type already supports a large ecosystem of devices and drones for the energy sector. In addition, NYPA can leverage the spectrum’s long reach to minimize its capital outlay and operating costs. The pilot project will show the unique value of 600 MHz band and demonstrate the feasibility of Band 71 for potential use by other utilities in the US.

Private wireless networks are increasingly important for utilities, especially in Industry 4.0 environments with thousands of connected devices, where privacy, data control and performance are all mission critical.  They can support utilities in building a more agile business that keeps pace with shifting demand, accelerates digital transformation, and unlocks new IoT opportunities with reliable and predictable connectivity for people, machines and sensors.