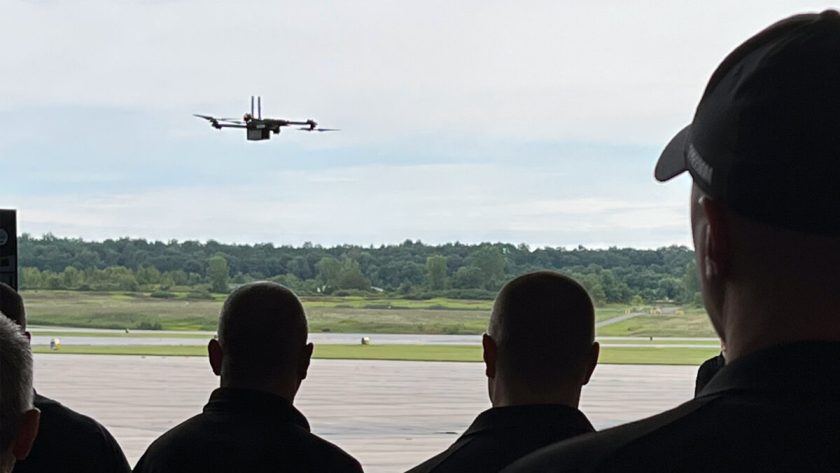 The US Federal Aviation Administration (FAA) has approved the New York Unmanned Aircraft Systems Test Site for beyond visual line of sight (BVLOS) drone flights across the entire 50 miles of airspace within New York’s Drone Corridor. This flight authority will give NUAIR, the uncrewed aircraft systems corridor operator, the ability to fly civilian drones from Syracuse International Airport to Griffiss International Airport in Rome without the need of visual observers. The FAA designation will help to unlock the full potential and economic advantage of commercial drone and advanced air mobility operations, including cargo and passenger transport via uncrewed aircraft.

State Governor Kathy Hochul also announced that the state will be providing NUAIR with an additional USD21 million in CNY Rising Upstate Revitalization Initiative funding to cultivate the world-leading UAS industry hub along the corridor in Central New York and the Mohawk Valley. The project will allow for critical infrastructure to be tested and deployed to enable advanced industry applications, state agency adoption of UAS, and associated workforce development.

NUAIR already is assisting a multitude of state agencies to integrate drones into their operations including bridge and infrastructure inspections with the NYS Thruway Authority, environmental conservation with the NYS DEC and more. This extended FAA designation and additional funding will drive UAS industry innovation in New York State, allowing for the further development of cost-effective, and ecologically conscious drone operations that will supplement vital supply chains throughout New York State.

The Governor also announced that NUAIR has entered into an agreement with Quebec-based VPorts, a world leader in the design, construction, and operation of Advanced Air Mobility infrastructure, to develop the first-in-the-nation international Advanced Air Mobility Corridor between Syracuse International Airport and Quebec, Canada. The corridor aims to build an ecosystem that will provide a platform for full commercial cargo transport operations using electric vertical take-off and landing aircraft or large, helicopter-sized drones.

NUAIR CEO Ken Stewart said, “Today marks a significant step for NUAIR and the state of New York, reaffirming its leadership in safely integrating drones into the national airspace and enabling the next phase of Advanced Air Mobility operations. This 50-mile corridor between Rome and Syracuse NY uniquely encompasses all the elements and infrastructure that are key for the commercialization of UAS applications such as inspections of transportation and utility infrastructure, medical logistics, environmental conservation, and public safety operations.”

Syracuse Regional Airport Authority Executive Director Jason Terreri said, “Our vision is to be the leading commercial service airport in the United States for on-airport UAS/eVTOL operations, infrastructure support, and development. The timing of this announcement allows us to enhance our support of local UAS-focused initiatives and organizations including NUAIR, GENIUS NY, as well as many other multi-national companies based right here in Central New York. SYR also aspires to reconnect communities who have been previously cut off from economic opportunities due to a lack of traditional transportation infrastructure. Becoming a partner in creating the AAM corridor will allow underserved communities a new transportation alternative that will reconnect those communities and provide additional economic opportunities to its members.”