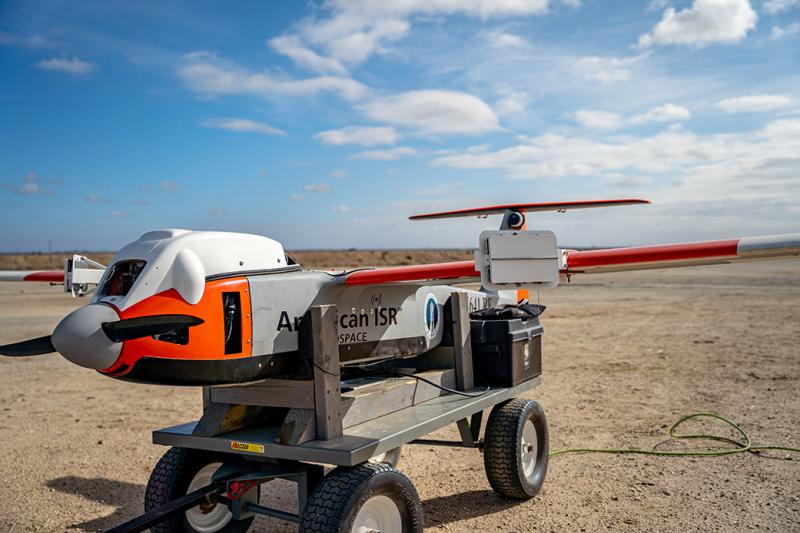 NASA reports simulations of serial inspections of gas and petroleum pipelines during the final Systems Integration and Operationalization (SIO) demonstration flight with partner American Aerospace Technologies Inc (AATI) on 25 February 2021. ATI used this demonstration to represent how its AiRanger UAS could survey miles of petroleum pipeline using the installed InstaMap detection system to find faults or hazardous conditions in the pipes. This system could be used in remote areas with thousands of miles of pipeline like those in Alaska and across the US.

The SIO demonstration series is in partnership with the Federal Aviation Administration (FAA) and three industry partners to show potential commercial applications using different sizes of unmanned aircraft systems (UAS) in a variety of locations and different airspace classes. SIO aims to accelerate the safe integration of UAS for commercial applications into the national airspace system.

AATI flew its AiRanger UAS for approximately one hour and 57 minutes from the Elk Hills-Buttonwillow Airport in Kern County, California, west of Bakersfield ranging out 14.5 miles and returning. The AiRanger flew over rural, sparsely populated areas, and was operated by a remote pilot based at a ground control station.

Complex coordination with the FAA, the Federal Communications Commission and local authorities was required for the flight to occur. The FAA approvals were accomplished for AATI’s flight through an arrangement with the New Jersey Institute of Technology to operate as one of the FAA’s UAS test sites.

The AiRanger weighs up to 220 pounds, has a wingspan of 18 feet 5 inches and a length of 9 feet 6 inches. It can carry combined payloads and fuel up to 65 pounds, flies using a catapult launch system, and lands on a belly skid.

This flight demonstration included two technologies that were integrated into the aircraft, which are necessary to fly safely in the national airspace. A multi-sensor Detect and Avoid (DAA) system was provided by AATI’s partnerships with Echodyne and Sagetech Avionics to allow the pilot on the ground to “see and avoid” other air traffic.

OneSky Systems provided real-time UAS traffic management, integration of the vehicle telemetry, radar tracks, automatic dependent surveillance-broadcast, and weather data for situational awareness. This was in addition to AATI’s Command and Control (C2) radio used to communicate with the aircraft, provided by Collins. The C2 radio, as well as the payload radio from Cubic, communicated through a Troll MT-300 high-gain tracking antenna. AATI is also engaged in a long-term activity with End State Solutions for FAA type certification of this aircraft.

NASA’s role in SIO is to leverage years of research in DAA and C2 systems to facilitate discussions and provide technical insight as technology and policy evolve for UAS larger than 55 pounds for commercial uses.

The goal is to work with industry to help incentivize the creation of C2 and DAA systems based on standards informed by years of NASA research under the Unmanned Aircraft Systems (UAS) Integration in the National Airspace System (NAS) project. DAA and C2 are key systems needed to enable the safe integration of UAS into the NAS. The conclusion of the SIO project is being carried out under the Advanced Air Mobility (AAM) project.

NASA plans to document best practices and lessons learned from the SIO activity and provide it to the UAS community to increase industrywide progress toward routine commercial unmanned aircraft operations.

“This commercial UAS demonstration offers a glimpse of the future as UAS like the AiRanger routinely and cost-effectively perform pipeline patrol missions, which is vital to keeping our environment safe,” said John Del Frate, NASA SIO senior project engineer. “With pipeline patrol typically occurring in remote locations, it’s a perfect starting point for UAS to gain the data and experience necessary for flight in more complex airspace.”

(Image: ATI’s AiRanger UAS was positioned on the transport cart prior to flight during NASA’s SIO demonstration)