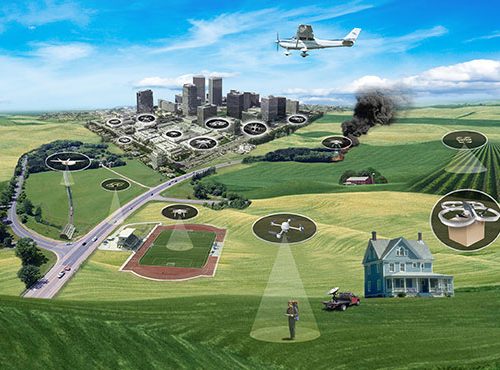 A change in the flight plan connected to the same, or different, USS forces a reaction by all USS in the operational area to de-conflict and maintain safe separation from other aircraft and obstacles. According to the report published by AirMap, TCL4 seeks to establish a common protocol for the communication of safety-critical data for a number of capabilities. These include: Strategic de-confliction at the early stage of flight planning prior to take-off; Tactical de-confliction during the in-flight phase of the operation; Off-nominal reporting when a drone fails to conform with airspace restrictions; Prioritisation of authority operations; Contingency plans; and UAS volume reservation.