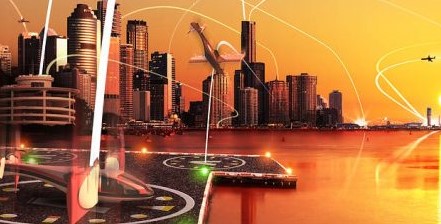 The ATM-X team is providing the virtual environment for third-party airspace service providers to rehearse their technology capabilities and ensure future advanced air mobility vehicles or electric-powered vertical takeoff and landing vehicles can safely integrate with existing and future air traffic. The goal of the ATM-X project is to accelerate the development of software that is robust and integrated enough to increase automation and avoid adding additional challenges for national airspace traffic controllers.

NASA’s vision for the Advanced Air Mobility National Campaign is to help create safe, sustainable, accessible, and affordable aviation for a number of uses at local and regional levels. NASA and the Federal Aviation Administration intend to collaborate throughout all stages of the National Campaign, from planning and scenario validation, to flight demonstrations and simulation activities.

“The space where these aircraft will operate is sandwiched between low-flying drones and the traditional airspace high above,” said Savvy Verma, lead for airspace procedures and design for the Urban Air Mobility subproject in ATM-X at NASA’s Ames Research Center in California’s Silicon Valley. “Aircraft flying in these layers will interact, and that’s where things get tricky.”

By leveraging NASA’s innovative Unmanned Aircraft Systems Traffic Management, or UTM, system and partnering with a group of airspace service providers and the FAA, the team has been collaboratively developing, testing, and evaluating this burgeoning flight environment to ensure they are ready for flight tests, which recently began. By integrating third-party airspace service providers’ technologies and virtually testing them in a simulation prior to deploying the system in the field, engineers are able to evaluate how well providers can communicate with each other and adapt to different flight scenarios in simulated environments with interactive data visualizations, including other simulated aircraft.

NASA assessed the prototype air traffic management software during the third of four engineering evaluations of the ATM-X project. The simulated scenario testing series began in August and wrapped up in December 2020. The activity – dubbed X3 – tested the UAM airspace system under three scenarios. The first explored simulated flights that followed a simple, predetermined route: from takeoff to a “vertipad” landing site to test whether providers could stick to the plan, what’s known as route conformance. The second scenario involved providers re-routing a flight due to a temporary restriction along the flight path – in this case, a situation like a ground fire that aircraft needed to avoid flying over. The last scenario had providers divert flights to alternative landing sites or perform go-arounds. Participating companies could fly several routes simultaneously and simulate a range of flight speeds, while ensuring timely communications and safe operations.

“A key characteristic of this system is cooperatively working with many airspace industry partners to evaluate their current capabilities and focus on the mechanisms for how taxi operators will communicate with each other and the FAA,” said Spencer Monheim, lead for airspace integration, testing, and development for the Urban Air Mobility subproject in ATM-X at Ames. “While using the NASA-developed UTM, we’re really seeking community feedback for the software infrastructure that will support these kinds of operations.”

In parallel to the X3 simulation activities, NASA began conducting a series of flight tests in December called the National Campaign Dry Run. This series uses a helicopter as a representative vehicle to develop an analytical baseline for comparison with future industry vehicle flight testing. In addition, these flight tests are key to evaluating flight test infrastructure, which consists of range safety, vehicle instrumentation, airspace integration, weather sensors and data collection, dissemination, storage, and analysis capabilities.

X3 is a foundational step in establishing the technology, infrastructure, and information needed for X4 – the next lab evaluation activity for the ATM-X team and its partners – before the first National Campaign test, NC-1. X4 will advance the technology and test new information sharing requirements – amongst providers, as well as between providers and air traffic controllers – to enable safe, efficient urban air mobility operations while staying aware of increasing demands on the airspace. The team will support the National Campaign Developmental Test in 2021, and NC-1 in 2022. For NC-1, industry partners will focus on demonstrating integrated operations through flight activities with vehicles and third-party airspace service providers at various locations in the National Airspace System around the country.

Over the next decade, NASA will work to determine how cities, airports, and overall infrastructure can support this type of passenger transport and cargo delivery. The data and lessons learned from the National Campaign will help inform FAA policies and procedures that industry will follow as they fly various-size vehicles and diverse missions. In addition, demonstrations will enable communities and local governments to further understand operations and assess the noise footprint of these new vehicles. 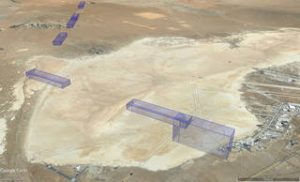