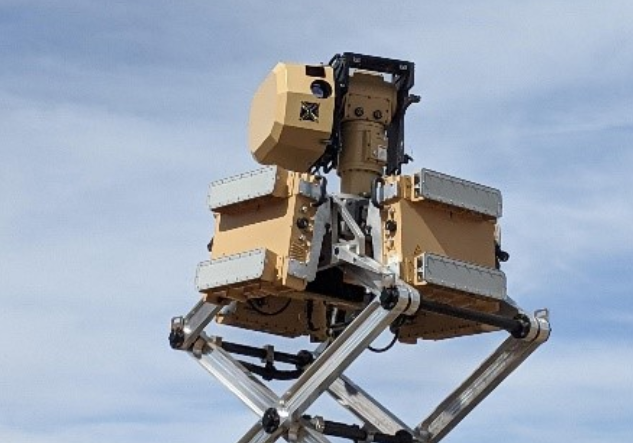 According to the Liteye press release, SIGNUM detects movement within an operationally significant range for CUAS kinetic kill systems.  It tracks each individual object, allows an operator to positively ID an object as a target, and provides a 3-dimensional cue at a high refresh rate to a higher-level network, or directly to an integrated weapon station.