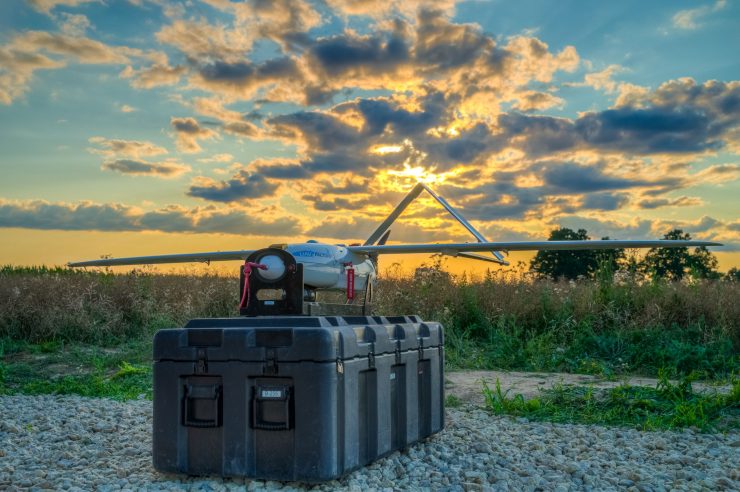 A nationwide hunt for a missing drone was still underway on May 6 after a 26kg drone built by Latvia’s UAVFactory left its planned flight path on May 2. The drone has an endurance of 90 hours.

According to national press reports: “The uncontrolled drone wreaked havoc for four days – closing Latvian’s skies to flights below 6,000m….The public has been urged by Latvian authorities to contact the Aviation Search and Rescue Coordination Centre if they catch sight of it.”

Latvian news agency LETA reported: “During a controlled test flight on Saturday, communication with an unmanned aerial vehicle owned by drone manufacturer SIA UAVFactory was lost. The company’s representative, Jevgenijs Sinikovs, confirmed that the aircraft can fly for up to 90 hours, and added that its gliding in orbit depends on the wind.”

According to press reports the operator of the aircraft issued the following statement:

“On 2 May 2020, a small 25kg experimental UAV (Unmanned Aerial Vehicle) owned by the company lost communication with its controllers on the ground. This experimental Vertical Take Off and Landing (VTOL) aircraft design was undertaking a phased test flight to attempt a 90-hour world endurance record. As with any experimental flight testing, knowledge is gained only by flying the UAV to learn from successes and challenges. The lessons learned from this experimental design were to be applied in the company’s next generation production design. Currently, efforts are underway to locate the aircraft and to understand why it encountered issues with communication.

The last verifiable information about the plane’s location was obtained on 2 May 2020, at 7:30 pm local time, 8 hours and 20 minutes after takeoff. The company is in contact with both the local aviation authorities and the military to coordinate the search efforts. An investigation is underway to discover the reason for the communication loss.

UAV Factory has one of the best safety records in its class of aircraft. Over the past 10 years, the company flew over 7,000 internal flight hours demonstrating its outstanding safety. UAV Factory UAVs are operating in more than 50 countries around the world, where they are used by militaries, commercial entities, and universities. The Unmanned Aerial Systems manufactured by UAV Factory are supporting civilian life saving applications, infrastructure protection activities, and NATO military Intelligence, Surveillance and Reconnaissance operations.”