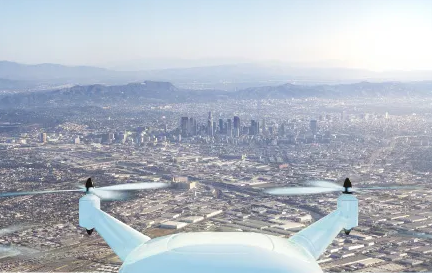 Israeli drone service company FlightOps is supporting the Israeli police with first responder drone flights in Modi’in-Maccabim-Reut city, according to an article in Military Aerospace, and reported in UAS Vision.

“The uncrewed areal system (UAS) was placed at the Modi’in-Maccabim-Reut station to serve as a first responder to incidents throughout the city. The FlightOps operating system works by installing software onto a drone of any type, which converts the drone into an autonomous aircraft. The drone then communicates with a cloud-based operation center through 5G networks allowing for automated fleet operation in shared airspace.

This system performed several missions in Modi’in-Maccabim-Reut, a city between Tel-Aviv and Jerusalem with approximately 93,000 residents. Immediately after a traffic accident was reported, the drone was dispatched and arrived at the scene before the rescue teams, providing the police control room with a live and clear picture of the scene. As part of another late-night incident, the police reported a suspected terrorist, and a drone was dispatched to the scene, providing the patrol unit with aerial infrared video of the roofs and open air to assist in the search. One of the longest trips reached 10.4 kilometers – or 6.5 miles.

“Ayalon Highways, the Civil Aviation Authority, the Innovation Authority and the Smart Transportation Administration conducted the experiment as part of the Israeli National Drone Initiative (INDI). The experiment was conducted to test the operation of a drone as a first responder (DFR) to police hotline calls. Only a few minutes after receiving a call, the drone was dispatched to provide a complete and real-time situation picture to the forces in the field.”