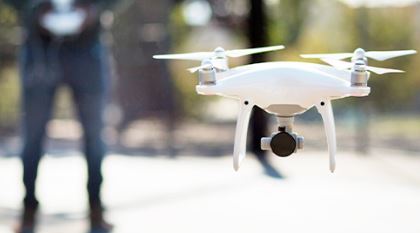 A Norwegian industry/academic cluster consisting of Indra, the University of South-Eastern Norway, and Andøya Space Center has embarked upon a project to accelerate deployment of an effective Unmanned Traffic Management (UTM) system to enable the shift from land-based fossil-fuel transport to an aerial unmanned infrastructure.

According to an Indra press release the project has been named Pilot-T and will investigate the definition of traffic corridors for unmanned flight, the integration of various electronic and optical sensors into the system, communication requirements, integrity and safety, as well as effective HMI models. It will be concluded in 2021.

Indra, through its Norwegian subsidary Navia, will deploy a framework UTM system at Andøya Space Center in Northern Norway, where the testing, qualification and certification of the system will take place. The University of South-Eastern Norway will contribute with quantitative and qualitative analyses of the human factors involved in establishing and maintaining routine unmanned air traffic. The Norwegian Civil Aviation Authority will be involved in the project to ensure that the regulatory aspects of unmanned flight are incorporated, and will be a dialog partner for qualification and certification of the solution. The project partners intend to include air navigation service providers in the project to ensure effective integration with manned air traffic management.

According to Ingolv Bru, Manager Business Development in Indra, “An efficient transport system based on drones, and particularly autonomous drones, could reduce CO2 emissions by as much as 25%. But a safe and efficient management system for drone traffic in urban environments is crucial to realizing this ambition. This project will accelerate establishment of a qualified UTM system.”

Indra has developed its Indra Air Drones platform, an advanced set of technologies to manage unmanned air traffic at low-altitude air space (below 150 meters) in cities, regions and countries. The company also works within SESAR JU, the European public private partnership to transform air traffic, in some of the main trial demonstration of drones sharing airspace with conventional aircrafts.

The project will be co-funded by a grant from Innovation Norway, the Norwegian government’s instrument for innovation and development of Norwegian industry, under the Pilot-T program. Pilot-T aims to ensure better interaction and knowledge transfer between research and business in order to deploy new technologies as rapidly as possible.

University of South-Eastern Norway (USN) is Norway´s newest and fourth largest university measured in students. AUTOSTRIP (www.autostrip.no) is a strategic development project geared towards Autonomous Systems within Transport and Industrial Processes. The project covers drones and control systems in additions to autonomous systems in maritime, land and rail based transport modes.