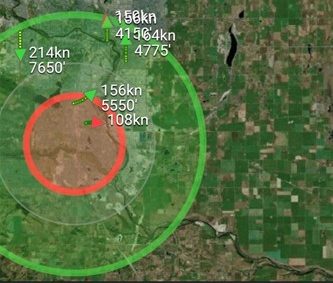 IN-FLIGHT Data and DeTect Inc announce they have “successfully demonstrated the effectiveness and value of advanced radar when operating drones beyond the line of sight of the pilot, over people and in busy urban environments.”

According to an IN-FLIGHT Data statement, the combined system provided approximately 15 NM/28 km of airspace surveillance and remote reporting around the project and across the City of Calgary.

“The viewshed around the entire mission area at all heights (>150 feet AGL) was excellent in all directions, with 100% of the airspace under surveillance within 3NM of the missions. Out to 5NM from the missions, surveillance coverage is still >90% in all directions. In July and August 2022, the flight missions covered an operational area of about 9,000 hectares (about 22,000 acres) entirely inside the City of Calgary, with a population of about 1.34 million people.”

Successfully demonstrating that the advanced surveillance technology could effectively cover a metropolitan city of this size, was very important to the project, said Canada GM James MacFarlane: “Projects such as the Calgary Project demonstrate that in order for cities to enable and scale the future of urban air mobility (UAM), they must first enable and promote networks, like airspace awareness, that qualified air operators can benefit from, while keeping operational costs low.”

The company statement continued: “Due to concerns surrounding migratory birds, the project was concerned about the use of drones in park areas near sensitive bird populations. Radar was used to provide additional safety, awareness and surveillance of all compliant and non-compliant airspace users in the metro area within the vicinity of the project. This also included birds and other users like general aviation. The radar used is currently in use in other regions in Canada.”