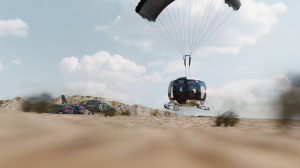 HALO Space, a global space tourism travel company, has announced it will make the first test flight of a prototype space capsule in December 2022.  A space balloon will soar 35 kilometers into the stratosphere taking the prototype for a flight that lasts approximately six hours.

The final capsule design will have capacity for eight passengers and a pilot and feature panoramic windows which allow 360-degree views of the Earth at an altitude of up to 40 kilometers. The company will conduct the test in the third week of December 2022, which will take off from the Balloon Facility of the Tata Institute for Fundamental Research (TIFR) in India. A second test flight is already planned for end of the first quarter of 2023 in Spain.

“HALO Space has already raised USD3 million in pre-seed and seed funding. The company is now ready to take off with the goal of becoming a global benchmark in an industry that, according to Swiss investment bank UBS, has the potential to become a USD3 billion business over the next decade. The first commercial flights are expected to start in 2025 and the company plans to operate in 4 continents, making a total of 400 commercial trips with 3,000 passengers per year from 2029, at a price between 100,000 and 200,000 euros per ticket.

Carlos Mira, CEO and founder of HALO Space, said: “Our priority from day 1 has been technical and operational excellence. Over the past 12 months we have worked with the best and most experienced companies in the aerospace industry to leverage existing, proven, and safe technology. Our team is very pleased with what has been achieved in this first year, but we are even more excited about where we are headed: taking thousands of passengers to the edge of space in a life-changing experience up to 40 kilometers above the Earth”.

Mira and Alberto Castrillo, Chief Technology Officer (CTO), have assembled a consortium of aerospace companies such as CT Engineering Group, Aciturri, GMV and TIFR Balloon Facility to collaborate with HALO in the development of its flight programme. Mr. Castrillo – an industry veteran with over 40 years at Airbus Group where he held executive roles in both engineering and production of four different airplane models – believes this setup is one of the key factors setting HALO Space apart in this sector. He explains that “working with such an experienced group of companies and leveraging existing, tried-and-true technology has allowed us to move fast while ensuring the highest safety standards are being applied in every step of the program development, and we are now ready to begin our test flights.”