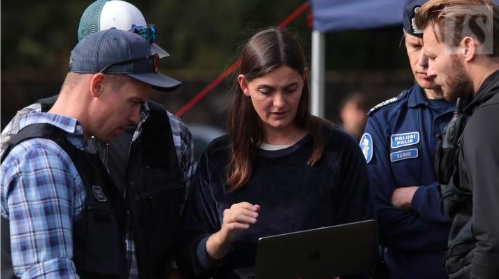 Finnish police partnered with transport and communications agency Traficom to conduct flight tests under the SESAR Gulf of Finland (GOF) project to demonstrate advanced drone operational scenarios. A total of six drones took off during the demonstration day, each with its own unique identification, displayed on the Unmanned Air Traffic Management (UTM) system. For some drones, the pilot’s name and phone number, which appeared on the remote identification, were pre-recorded in addition to the aircraft ID. Sami Hätönen, Superintendent for Police Coordination and Development of Unmanned Aviation, said the day’s tests went well. During the test flights, it was not only drone traffic that was visible on-screen. Other air traffic in the area was also picked up, as the ANS Finland air traffic management system was connected to the UTM systems. By combining all data, the authorities strive to provide a secure, comprehensive and simultaneous view of both manned and unmanned air traffic.

The GOF project aims to establish clear rules for the use of unmanned airplanes in the lower airspace. UTM systems are beneficial to police forces, as they allow them to create a flight restriction area for traffic accident sites, thereby guaranteeing peace of mind and securing the privacy of the parties involved.

A series of trials are underway under the GOF project in the coming weeks. The demonstrations bring together a broad consortium with 19 members, including three UTM technology vendors, and two air navigation services providers aligned with SESAR’s overall U-space architecture.