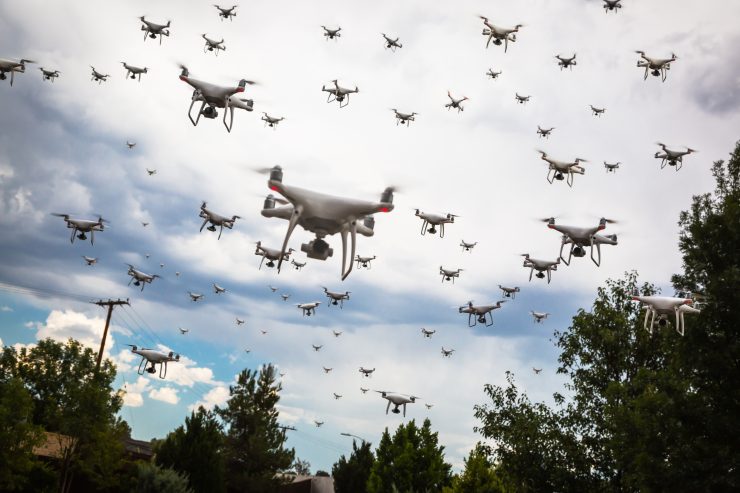 The Teal Group’s 2019 World Civil UAS Market Profile and Forecast projects that non-military UAS production will total USD88.3 billion over the next decade, soaring from USD4.9 billion in 2019 to USD14.3 billion in 2028, a 12.6% CAGR in constant dollars. The study includes forecasts of commercial, consumer and civil government systems.

“Commercial use will surpass the consumer drone market in 2023, becoming the largest segment,” says the company. “It will grow more than eightfold to reach USD9.5 billion in 2028.

“The growing promise of the civil market is attracting the world’s leading technology companies, driving ever faster development of systems and business applications,” said Philip Finnegan, Teal Group’s director of corporate analysis and the study’s author. “As corporate clients move from proof of concept to fleet deployment the market will soar.”

Firms in aerospace, data analysis, semiconductors and telecommunications are driving the diverse market. Venture capitalists and companies like Intel, Qualcomm, Microsoft, Apple have poured USD455 million into drone startup investments in 2018 (USD2.6 billion since 2012). U.S. start-ups received 67% of the total, enabling them to take the lead in drone analytics. Chinese firms (15% of total investment) are focusing on continuing their lead in hardware, moving from consumer to commercial systems. Europe lags at 9%.

While funding still goes for new drones focused on specialized markets, increasingly the venture capital funding is shifting from hardware to software and services that will make drones more useful. Funding is being used to develop the scale needed to serve large corporations.

Agriculture, the most established commercial market thanks to Japan’s use of high value spraying UAVs, has tremendous potential, but will grow more slowly than other sectors. It still will rank second to industrial inspection.