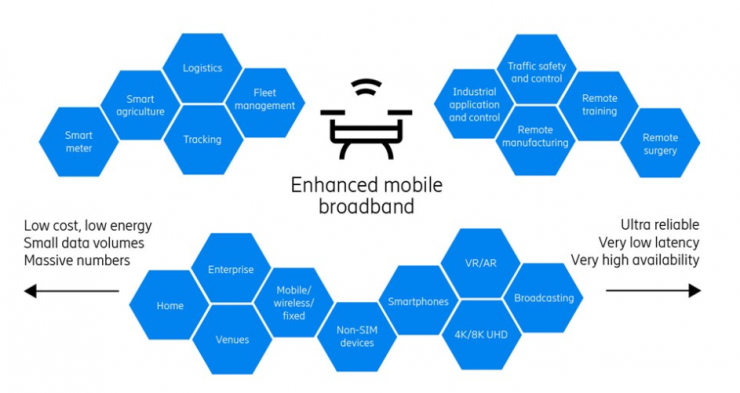 The FCC report, requested by Congress in the FAA Reauthorization Act of 2018, studied this portion of the C-band, previously used for legacy Microwave Landing System (MLS) precision radio guidance systems but now largely vacant, as well as the 960-1164 MHz portion of the L-band, currently allocated on a primary basis to the federal government for aeronautical radio navigation services (ARNS).

According to Aviation Today, the Commission concluded that the 5030-5091 MHz band, allocated for future ground-to-aircraft and satellite-to-aircraft communications links at the ITU World Radiocommunications Conference in 2012, is likely capable of supporting UAS operations.

Flexible-use bands used primarily for 4G and LTE cellular network service were also found capable of supporting UAS operations, though the Commission noted aeronautical applications were not contemplated when rules were adopted for these bands, so the potential for harmful interference to other communications must be studied further, says Aviation Today.

“The FCC notes that drone users will probably be able to use these flexible-use assignments faster than they could make use of the 5 GHz band since there is already infrastructure and wireless standards in place for those assignments,” Brent Skorup, senior research fellow at the Mercatus Center at George Mason University, told Avionics International.

Use of the 960-1164 MHz band was not recommended, however, with commenters including Boeing and Airbus expressing concern to the FCC that current services reliant on the band could be disrupted. Existing uses of the band include numerous commercial and military communications and tactical separation services, such as Traffic Alert and Collision Avoidance System (TCAS), Automatic Dependent Surveillance-Broadcast (ADS-B), Air Traffic Control Radar Beacon System (ATCRBS) and Mode Select (Mode S).

“We found that there is a reasonable path forward for use of the 5030-5091 MHz band by drones,” said Don Stockdale, chief of the Wireless Telecommunications Bureau at the FCC. “It is less clear at this time whether the proposed use of the 960-1164 MHz band is feasible.  In both cases, there is more work to do, but this is a critical juncture as we seek to ensure that spectrum is available to meet the needs of these increasingly important devices.”

FCC’s report noted that stakeholders disagree whether use of the band should be limited to safety-of-life control functions or also accommodate other transmissions, such as high-quality video links.

According to Aviation Today, in February 2018, the Aerospace Industries Association submitted a petition requesting rulemaking that urged the FCC to reserve the 5030-5091 MHz band for these functions, noting that video links use “about 100 times as much bandwidth as voice or telemetry,” and unless their use was limited to specific phases of flight, available bandwidth would be limited and therefore reduce the number of UAS operations that could safely take place concurrently.

“The FCC and other regulators should resist reserving the 5 GHz band for critical control functions,” Skorup said. “Different bands have different propagation characteristics and t’s way too early to know whether the 5 GHz band is well-suited for safety services. There’s a possibility that restricting it today would be a technical dead end.”

Though the FCC report did not reach a recommendation regarding whether to limit use of the 5030-5091 MHz band by UAS operations to safety-of-life functionality, AIA told Avionics it supports the Commission moving quickly toward a formal rulemaking process.

Aviation Today says Numerous companies and stakeholders in the wireless telecommunications space tell Avionics they are awaiting regulatory decisions before investing in infrastructure that will support more reliable low-altitude connectivity. The FAA and NTIA are expected to submit similar reports on the viability of the 5030-5091 MHz and 960-1164 MHz bands to Congress in the coming months.