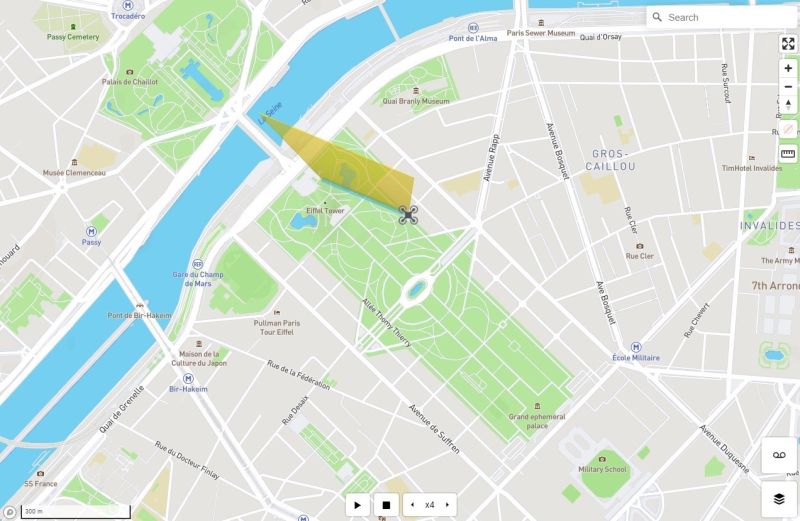 The Eurocontrol Innovation Hub in Brétigny reports surprising results from a drone study that tracks where unmanned aerial systems (UAS) are operating. The research centre launched the ACUTE project in August 2021 to assess UAS operations using detection devices located at the Innovation Hub. ACUTE has an operational detection range of 15km – or further when weather conditions and UAS trajectories are optimal. The project aims to understand and measure the density of actual UAS traffic in an affordable manner.

Since starting operations, ACUTE’s devices have detected more than 5,000 UAS operations, sometimes at higher altitudes than commonly expected. Within and beyond the 15km operational detection range, ACUTE regularly detects UAS traffic beyond Paris CDG or around the Chateau de Versailles – and, when conditions are optimal, even as far as downtown Paris in April or in the Bois de Vincennes.

Additionally, the Innovation Hub has confirmed certain detections around Parisian airports against data provided by cooperating UAS manufacturers. By experimentally deploying ACUTE at Paris Orly and CDG airports for a limited period of time, ACUTE expects to better assess the specific traffic around airports in a major evolution of the project beyond its successful proof of concept.