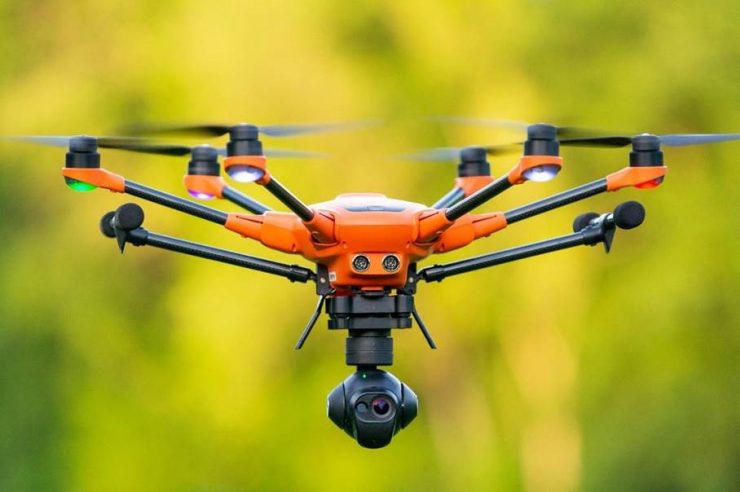 Droniq has entered into an exclusive cooperation with the drone manufacturer Yuneec. Yuneec’s H520 drones can be retrofitted with Droniq’s HOD4track from October 2020. This module enables tracking of the aircraft via LTE and its display in Droniq’s Unmanned Aircraft System (UAS) Traffic Management System (UTM). The device, which has been specially manufactured for all H520 models, can be obtained directly from Yuneec.

According to a Droniq press release, the first goal of the cooperation between Yuneec and Droniq is to equip all H520s in service in Germany with a tracking module via mobile network to enable missions beyond the visual line of sight (BVLOS). For this purpose, a special housing for HOD4track was developed that fits exactly underneath each H520. “UAS pilots can retrofit their UAS in a few simple steps, the module is precisely installed and quickly ready for use,” says Marcel de Graaf, Sales Director Europe at Yuneec. The module will be available directly from Yuneec from October 2020.

The second objective of the cooperation is the development of a next-generation HOD4track manufacturer’s version of the H520, which is fully integrated into the drone. “As a globally active manufacturer, we have a great interest in international standards. With Droniq we have the right partner for a European implementation of the mobile network standard for tracking drones,” said Marcel de Graaf.

The drone manufacturer Yuneec specialises in the production of multicopters for professional applications – several thousand Yuneec drones are currently in use in Germany, 50% of which are the H520 model. Due to its robustness, this drone is mainly used for official and commercial flights. Fire brigades use the aircraft as a flying eye to quickly identify sources of fire. The H520 has also proven itself for inspection and surveying work.

Droniq is a joint venture of DFS Deutsche Flugsicherung GmbH and Deutsche Telekom AG to develop a traffic management system for UAS (UTM). With this system, UAS pilots can plan their flight and validate it against possible no-fly zones. During the flight, the live air situation shows the position of the drone and manned air traffic in the vicinity. To locate the drone, the so-called “HOD4track” (Hook-on-device) must be attached to the aircraft. Every second, the track transmits its position and the position data of nearby air traffic to the UTM via mobile radio. “The use of UTM and HOD4track is an essential prerequisite for drone flights over long distances. The remote pilot has an overview of the traffic situation around his drone at all times and can react quickly,” says Jan-Eric Putze, CEO of Droniq.