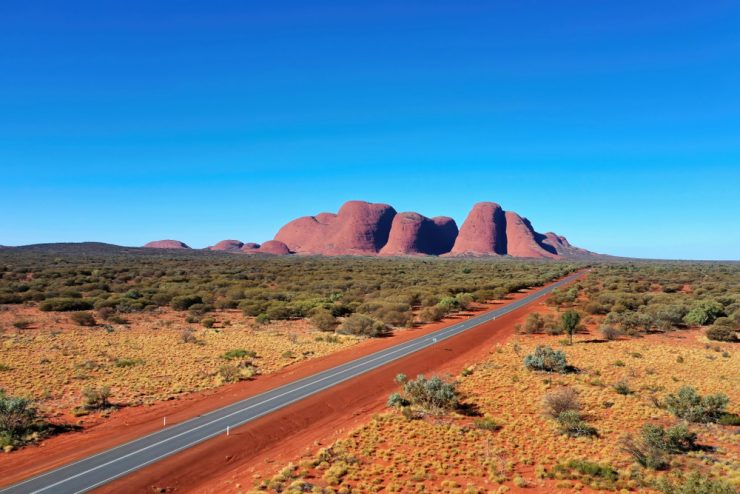 The economic impact of drones is estimated to contribute AUD5.5 billion to the Australian economy, rising to AUD14.5 billion by 2040, according to a government study just published by Deloitte.

Australia’s Department of Infrastructure, Transport, Regional Development and Communications (DITRDC) commissioned Deloitte Access Economics to investigate the economic benefit of drones in Australia. Released in late October, the report analyses the use cases for drones over the medium to long term as well as cost savings from the application of drones across different sectors in the Australian economy.

According to the key findings, the size of the economic dividend for Australia (Australian GDP) is estimated to accelerate from 2025-2030 onwards to circa AUD15 billion by 2040 in line with the assumed increase in uptake rates across a variety of compelling use cases. There are expected to be positive impacts experienced across major capital cities as well as other parts of the nation. This highlights the catalytic nature of drone technology to end-user industries.

The medium uptake scenario represents an increase in the uptake rate in existing sectors (e.g. agriculture, mining, construction) as well as growth in new use cases. The modelling highlights the impact on Australian GDP could range from AUD9.4 billion to AUD20.7 billion in the low to high scenarios (present value at 7% real discount rate).

The study used economy-wide modelling is used to estimate the broader economic impacts of uptake of drone technology on the Australian and regional economy in terms of jobs and output. The regulatory environment is also briefly considered in terms of its importance in achieving the potential economic benefits estimated. 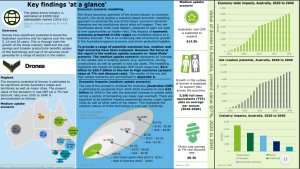