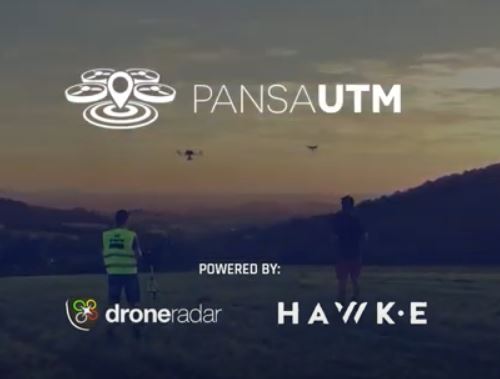 The Droniada autonomous drone flights competition for academic teams and their young programmers has recently been completed in Katowice, Poland. The event served as an another proving-ground for the PansaUTM system created and under deployment jointly by the Polish Air Navigation Services Agency (PANSA) and its partners HAWK-E and Droneradar. ”Testing PansaUTM system operations in polygon conditions is one of the stages required to deploy test areas under the Central European Demonstrator of Drones (CEDD), an initiative supervised by the Polish Ministry of Infrastructure,” according to PansaUTM officials.

During the competition the verification of standard requirements by PansaUTM for authorized UAS flight services was performed – such as UAS and operator registration, submission of flight plans, approval and modification of missions, system support – including two-way non-verbal communication during a flight between UAV operator and airspace manager. Other capabilities were also tested: ensuring UAVs stayed within their approved areas (geofencing) and the acquisition of real-time data about their location based on ADS-B technology along with the testing of anti-collision systems implemented by the different teams. The autonomous UAV management solution developed by PANSA for the management of autonomous take-offs and landings in one volume of airspace was also verified, according to Filip Sosin, Manager of U-space Programme at PANSA’s Innovations Department.

In addition to PansaUTM system tests, academic teams presented solutions regarding the recognition of shape and color of ground-based vehicles as well as a universal, standardized mechanism for carrying cargo.

PansaUTM is a digitalized and automated concept of UAV traffic management, which consists of PANSA operational solutions and a system part provided by the technological partner HAWK-E, integrated with the widely used flight planning and management system – the Droneradar application.

The PansaUTM system was launched during the 2019 World ATM Congress in Madrid and the 2019 JARUS Plenary Session in Katowice. It is being implemented at the PANSA headquarters, 15 civil towers, five FIS sectors and 17 military towers in Poland.

Droniada is a testing forum for unmanned aerial systems and a competition for academic teams that involves the use of drones in special missions, organised by the Mikromakro Institute together with numerous governmental, local and business partners. The event attracts airspace users, regulators, investors and institutions involved with dynamically growing UAV market in Poland.

The Central European Demonstrator of Drones (CEDD) is an initiative launched by PANSA, Polish Civil Aviation Authority (ULC) and Metropolitan Association of Upper Silesia and Dąbrowa Basin (GZM) in Poland. CEDD is a member of the European Network of U-space Demonstrators, a joint initiative by the European Aviation Safety Agency (EASA), SESAR Joint Undertaking, and Eurocontrol to allow large-scale demonstration projects and to further develop the U-space concept.