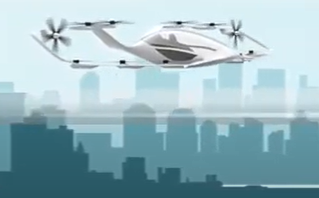 The European CORUS-XUAM research project has announced a demonstration in Sweden due to take place in October 2022. Consortium members plan to conduct an autonomous intercity flight of 52 km between Linköping and Norrköping as part of wider large-scale live demonstrations (six in total). The research will be used to update U-space concept of operations for Unmanned Air Mobility (UAM and integration of Unmanned Aerial Systems (UAS) operations into the airspace.

A flight corridor between the two cities will be activated at the time of the flight estimated to last 20-25 minutes. Take-off happens next to the military airforce base and visitors will greet the Katla Aero drone at its arrival at Norrköping’s Kommun airport.  Dialogue is ongoing between the Swedish team and the municipalities, their experts in urban planning, digitalization & transport as well as three ATS units.

The intercity flight will be unique as the flight will take off from the suburb and land at the airport. Urban challenges when establishing the flight corridor will need to be taken into account, and collaboration between the cities will be of vital importance.