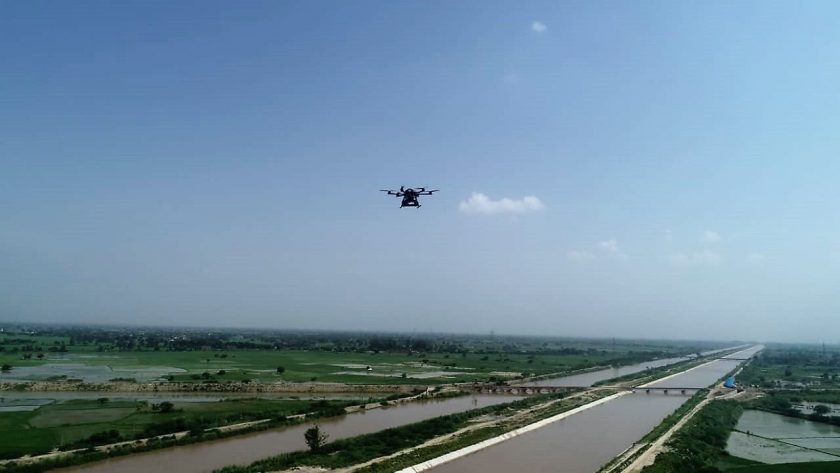 The consortium led Unmanned Aerial Systems (UAS) provider ANRA Technologies has completed a 100-flight hour milestone while conducting Beyond Visual Line of Sight (BVLOS) delivery operations in India. The Directorate General of Aviation (DGCA) and the Ministry of Civil Aviation (MOCA) selected the team following a trial project carried out by ANRA and the online food ordering and delivery platform Swiggy in June. One of the project requirements was to fly 100 hours to collect data and lessons learned to inform the Indian regulatory process as government stakeholders prepare the next set of drone rules for BVLOS operations.

According to the ANRA press release, the company’s pilots flew 90 percent of the total flight hours alongside consortia partner BetterDrones, which flew the remaining flight hours. The flight team deployed to the campus of the Indian Institute of Technology Ropar and the Etah district. Flights consisted of multirotor drones operating on ANRA’s SmartSkies CTR and SmartSkies DELIVERY software platforms, delivering products from consortia partner Swiggy, India’s largest online food ordering and delivery platform. The project concluded having flown over 350 sorties, transiting 1,100 kilometers of incident-free operations. The flight team overcame numerous challenges, ranging from heavy rains during monsoon season to COVID quarantines, often drawing attention from curious onlookers who wanted to see the technology in action.

ANRA was the only UAS technology provider approved by the Government of India to lead two consortia as part of this pioneering initiative. One consortium consisted of ANRA and their partners Swiggy, Indian Institute of Technology, Ropar (IIT-R), and BetterDrones. The second consortium included ANRA and IIT-R, which focussed on medical deliveries. Using this experience, ANRA is very keen on supporting the World Economic Forum’s Medicines from the Sky project in India, operating drones for use cases such as vaccine delivery.

The project took months of planning, risk assessments, air traffic control integration, training, equipment preparation, and coordination that will culminate in a final report to the government.

The BVLOS project is ongoing in India as the government seeks to fast-track its policies and prepare the local industry for a significant push into the global drone services segment. ANRA says it was honoured to lead the consortium in conducting flight operations with our partners and this experience, along with a recently closed multi-million dollar funding round led by a consortium of global investors that will accelerate development and continued expansion of its software portfolio and grow its international team.