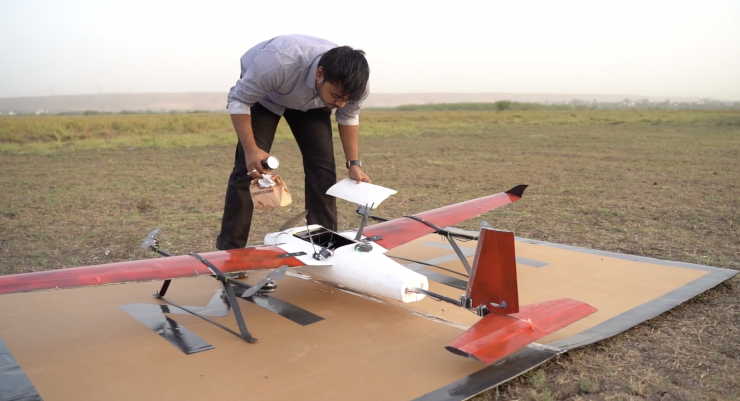 A report published by Medianama says Vodafone idea is to participate in India’s drone ecosystem by partnering with Zomato in the upcoming beyond visual line of sight (BVLOS) drone experiments being organised by India’s civil aviation regulator, DGCA. Vodafone Idea and Zomato are part of the ClearSky consortium, which is one of the 13 consortia that have been been allowed by the DGCA to partake in the trials. Other participants include AirMap, Curl Analytics, Gurugram, and TechEagle according to the report.

Vodafone Idea is expected to provide LTE support to TechEagle drones that will be used in the project. A Vodafone Idea SIM will connect to the Internet and gather data such as weather updates and airspace status.

The DGCA is running an experiment to examine the viability of commercial BVLOS operations, which current regulations do not permit. It has created a regulatory sandbox for this, and has permitted at least 10 consortia including Asteria Aerospace, ShopX, Spicejet, and ClearSky to start the project.

According to the MediaNama report, TechEagle drones will utilise both the unlicensed bands and Vodafone Idea’s 4G network for redundancy. Vodafone’s large network of towers enable drones to stay connected to the internet.

If commercial BVLOS operations expand, a telecom company such as Vodafone Idea could supply its services to hundreds of drone flying in the Indian airspace.