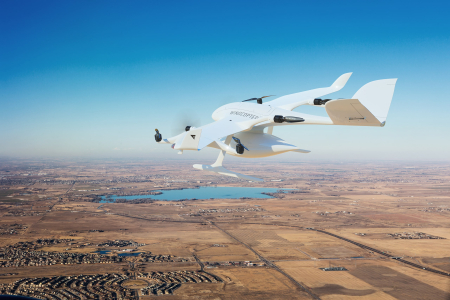 Charles Darwin University (CDU) has opened a new research and training centre for drones in Australia’s Northern Territory. The North Australia Centre for Autonomous Systems (NACAS) supports the university’s involvement in transformative technologies like drones, in the Northern Territory and the wider Asia Pacific region.

The centre has already attracted interest and funds from national and international partners. In October, the Federal Government announced that NACAS was one of 12 projects that received a share in AUD12 million from the Emerging Aviation Technology Partnership program. The funding will go towards a trial of drone service delivery for health-related items between health centres and remote communities in the West Arhem region.

Earlier this year, CDU announced it will house an advanced manufacturing and test flight facility CDU-RMIT Industry 4.0 TestLab for the development of uncrewed Autonomous Aircraft at Casuarina campus, as well as broader aerospace and defence industry parts.

According to the CDU press release, drones and their associated artificial intelligence will play a key role in logistic supply chains, and the monitoring and surveillance for a broad range of industries and sectors relevant to Northern Australia. These include border security, agriculture, fisheries, emergency and disaster planning, health care, resource extraction, and energy. CDU aims to become a leader in autonomous technology research and training.

Centre Director Professor Hamish Campbell said demand for unmanned Autonomous System based services is set to grow exponentially over the coming decade. “Charles Darwin University’s strategic location and immediate proximity to uncluttered air space has made it a key partner for government and industry in the development of Australia’s emerging autonomous technology industry,” Professor Campbell said.

“Having a physical location in Darwin, Katherine, and Alice Springs, will be an attractive offering for autonomous system manufactures wishing to relocate or create an arm in Northern Australia, which would attract these companies to Territory.”