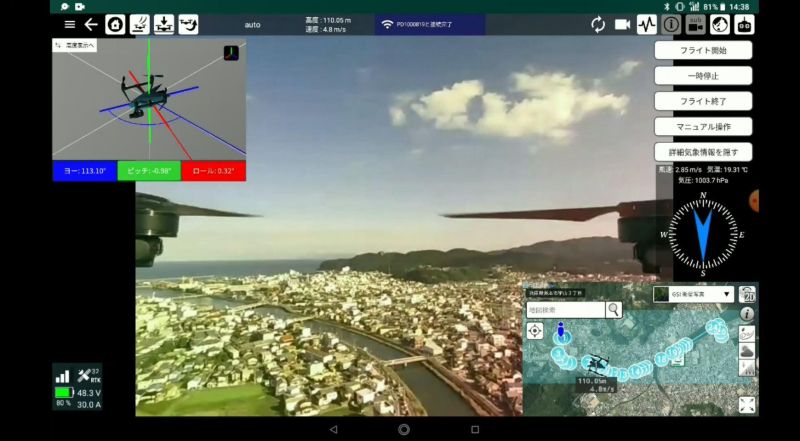 Japan Airlines (JAP) has completed successful beyond visual line of sight (BVLOS) flights in Hyogo prefecture. Medical deliveries were carried by a KDDI Smart Drone over seven bridges in a densely populated area for the first time, according to the Japan Unmanned Aerial Systems (UAS) Industrial Development Association (JUIDA). The demonstration is part of research carried out for Japan’s New Energy and Industrial Technology Development Organization (NEDO) which is supporting drone industry development. The results will support the utilization of drones in other cities and regions with large rivers in the future.

According to JUIDA, JAL verified safe operation functions and systems including when irregularities occur (such as appearance of a helicopter during the flight) and formulated safety measures on top of the drone’s “Standard Flight Manual of the Aviation Bureau” when transporting the pharmaceutical products. In detail, JAL formulated safety measures independently assuming risks associated with various operational obstacles such as entering and exiting routes over rivers and passing over bridges.

The knowledge gained from this drone delivery experiment will be reflected in the guidelines of NEDO’s “Project for Realizing an Energy-Saving Society in which Robots and Drones Play an Active Role”.

Drones are expected to fly in limited low airspace to provide a range of services in the future. JAL plans to utilize its aviation safety know-how to ensure safe and efficient air mobility in response to the evolving market.