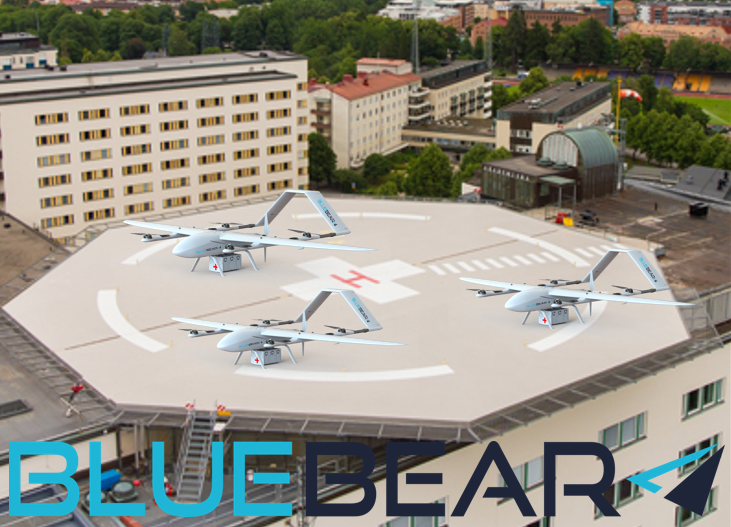 Linking the payload data directly into the UAS as opposed to having a separate system such as LTE allows for operation where there is no mobile phone coverage with no data black outs. This enables real time tracking for the entire flight path. This is particularly important for disaster relief where phone networks might have gone down, or for simply flying at higher altitudes where there is no mobile coverage.

Blue Bear’s open architecture, coupled with their SmartConnect technology allows for a fully scalable solution for routine and emergency medical logistics. SmartConnect technology enables multi domain unmanned systems including UAVs, UGVs and USVs to all work together collaboratively and be simultaneously tasked from a single location/operator.

Blue Bear also recently demonstrated the scalability of this same technology and how it can be utilised on swarms of larger logistics drones carrying up 60kg of payload for the Royal Marines.

The flexible system design allows drones from any manufacture to be utilised, as the technology is agnostic to the airframe. Thus, the swarming control system will be able to run a logistics flight control hub, tasking, scheduling and monitoring large numbers of drones in real time.