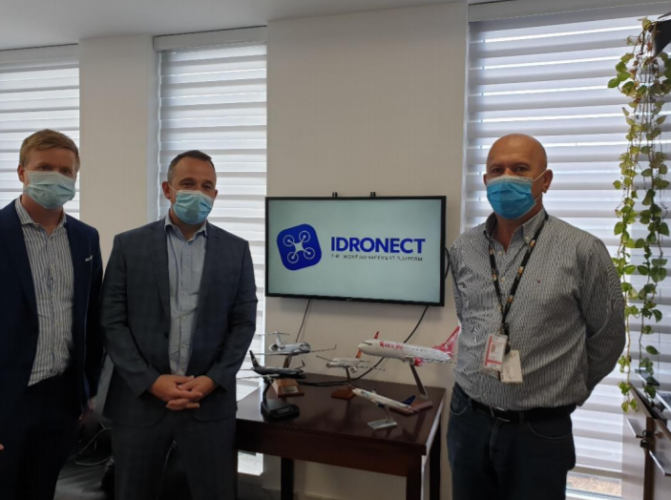 “The system will be officially launched in the coming weeks. The Malta Drone Management System will be powered by the IDRONECT UTM platform and will allow drone users to fly their drones in an easy and safe way, by following the EASA regulations intuitively. At the same time, the Maltese aviation authorities will be able to control drone flights in a smart and modern way, without having an administrative overload.…The tool will give all stakeholders more visibility and allow users a much more efficient and safe way of operating their drone. The system will also allow for specialized jobs by a tracking system that can be deployed when deemed necessary. This opens up a new chapter in UAS operations in Malta and this will enable further innovation and applications.

Tom Verbruggen, IDRONECT’s CEO said: “We are very proud to have been selected to deploy our smart UTM system in Malta. Over the last five years we have been supporting many drone operators in flying safe, legal and efficient. Last year we also started by preparing the coming EASA regulations, also on the side of an aviation authority. We already had a Virtual Control Tower to manage geo-zones or smaller airspaces, but now we stepped up our game by providing a fully comprehensive system for a country UTM.”

Aviatize was founded in June 2015 by Tom Verbruggen and Chris De Rouck. IDRONECT is an end-to-end management platform for the administration, operation and compliance of drone flights, to help drone pilots, both professional and amateurs, to plan, perform and track drone flights in an easy and intuitive way. IDRONECT also connects pilots to the other actors in the drone ecosystem, such as authorities, air traffic management, drone manufacturers, drone schools, test centra, insurers, hardware providers etc.