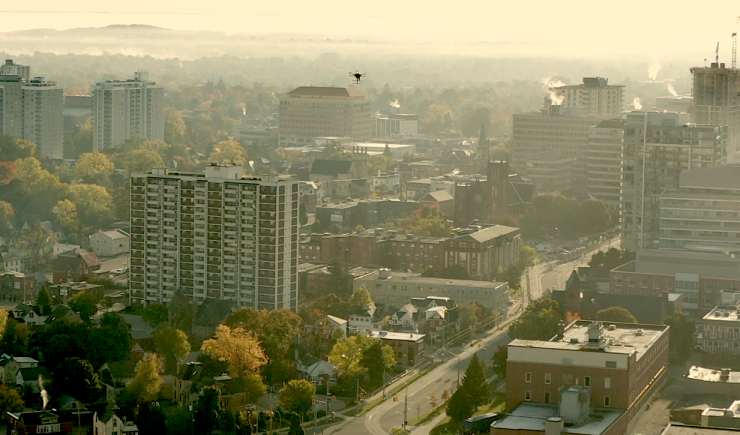 AirMatrix, a Canadian company that specializes in building and designing air space routes for autonomous aircraft is working with the Region of Waterloo in a partnership to test a network of drone skyways and a traffic management platform.

According to an AirMatrix press release, trials of the drone skyway grid have already begun in the Region of Waterloo with the delivery of medicine to homes and long-term care facilities facilitated by the University of Waterloo School of Pharmacy, Hogan Pharmacy and PeopleCare. Transport Canada supported the trials with supervision of the first flights.

In the next few weeks, other companies are due to kick off drone flights with AirMatrix’s skyway network in the Region of Waterloo. This will allow companies to test their own use cases such as emergency first response, contactless delivery, telecommunications, and infrastructure inspection, to ultimately expand the use of drones in Waterloo Region.

“We’re interested to see the outcome of the testing AirMatrix has undertaken using their flight path technology,” said Karen Redman, Regional Chair of the Region of Waterloo. “The outcome of this work will help shape the drone ecosystem in our country in the future, which is why supporting a neighbouring start-up made sense for the Region.”

“The next major transportation revolution is here – and we need to be ready to deploy drones safely, in large numbers. At a more rapid pace than with airplanes, the airspace for drones is becoming crowded, making it difficult to scale autonomous flights safely,” said Bashir Khan, CEO at AirMatrix. “This is where AirMatrix comes in. We build millileter-precise skyways to ensure drone traffic stays organized, safe, and under control in tight urban spaces.”