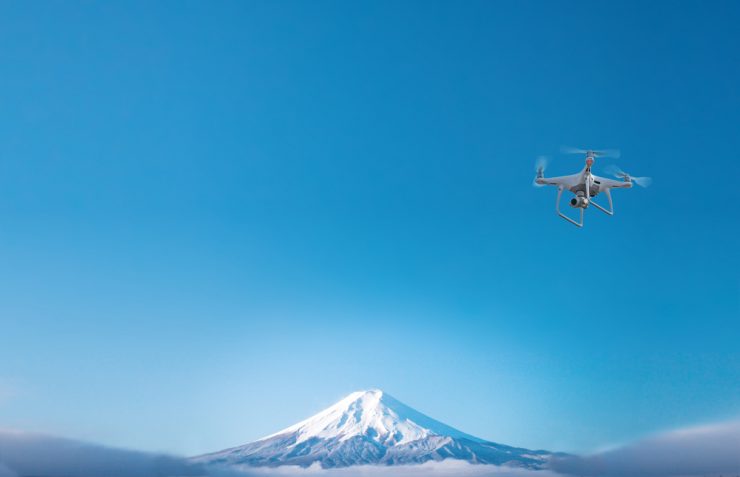 New legislation in Japan aims to encourage domestic production and use of drones according to a report by Nikkei Asian Review. The paper highlights the imminent start of 5G services in 2020, with drone usage expected to multiply as a result. “The government will submit a bill to parliament as soon as February to make it easier for domestic drone makers to raise money, while increasing procurement of drones for infrastructure inspection and disaster relief.” The bill also includes guidelines to support creation of a secure “advanced information and communication technology utilization system.”

According to the report, drone usage is soaring, but Japanese makers have yet to carve out a significant part of the market due to their small size. The government wants to help them improve their technological capabilities while increasing domestic demand through procurement programs.

“The global drone market is currently dominated by Chinese manufacturers, with DJI corralling a huge 70% share, according to German research firm Drone Industry Insights. The remainder is split between other Chinese companies and a smattering of French, U.S. and other makers.”

“Specifically, the legislation will offer eligible domestic makers preferential treatment, such as low-interest loans from public lender Japan Finance Corp. as well as more support from credit guarantee corporations. To be deemed eligible, companies have to demonstrate their ability to secure confidential information, provide a stable supply of products, and adopt global standards.

“In the fiscal 2019 supplementary budget, the government wants to allocate funds to “develop base technology for safe and secure drones,” in effect supporting development of flight controllers, batteries, motors and other key components.

“The government also wants to fund companies trying to make safe drones, along with those emphasizing cost competitiveness to better rival their Chinese peers.

“Expanding programs to procure domestic drones for inspecting infrastructure and helping provide disaster relief is also being considered. Starting in fiscal 2020, the government will provide drones to firefighting agencies in all prefectures, enabling damage evaluation even in highly inaccessible locations after fires, typhoons and other disasters.

“The Japan Coast Guard will replace its Chinese-made drones with domestic versions and those produced outside China starting next fiscal year.

“The government’s regulatory reform council will likely propose rules this summer that ease requirements for visual safety inspections of roads, bridges and other infrastructure. The proposals are aimed at reducing the need for physical inspections.”