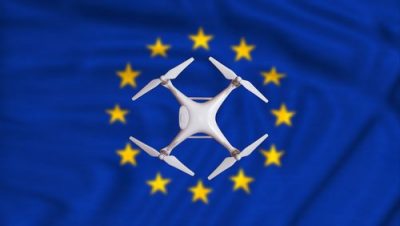 The European Commission will officially adopt the U-space package – three regulations that together create the conditions necessary for both drones and manned aircraft to operate safely in section of airspace known as U-space – on Monday 12th of April, according to a DG Move press source. Although the European Aviation Safety Agency’s (EASA’s) Committee for the application of common safety rules in the field of civil aviation approved the proposed EU ‘U-space’ regulatory package earlier this year (https://www.unmannedairspace.info/news-first/u-space-regulation-in-europe-approved-rules-and-the-next-steps/) the Commission was due to approve the package on April 6.

“It was officially scheduled to be approved yesterday but there was a technical information issue which meant the measure is now scheduled for approval on Monday,” said a Commission press officer.

The new regulations introduce new services for drone operators, allowing them to carry out more complex and longer-distance operations, particularly in congested, low-level airspace (below 120m), and when out of sight. U-space creates and harmonises the conditions needed for manned and unmanned aircraft to operate safely, to prevent collisions between drones and other aircraft, and to mitigate the risks of drone traffic on the ground.

The regulatory package will enter into force in April and will become applicable as of 26 January 2023.

EASA is preparing the technical specifications (Acceptable Means of Compliance/Guidance Material) in order to allow the industry and competent authorities to prepare for implementation.