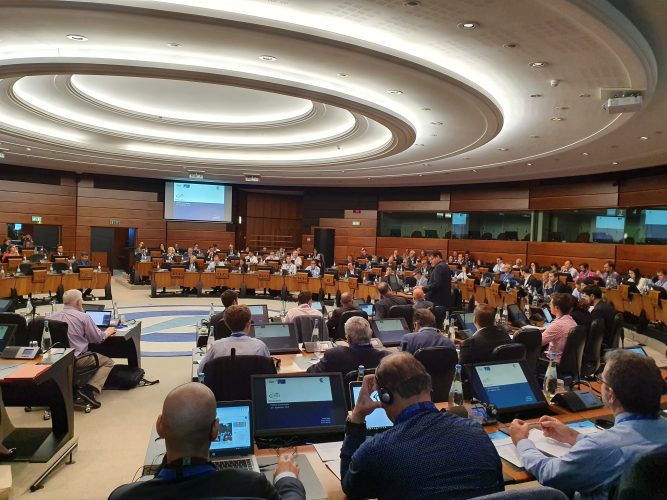 Project members of the CORUS (Concept of Operation for EuRopean UTM Systems) project announced on September 30 the finalised version of the first Concept of Operations (CONOPS) for UTM in very low level airspace in Europe. CORUS is a SESAR funded programme.

The document will be published at the end of the day – central European time – and will be more widely reported in Unmanned Airspace tomorrow.

“This third version of the CONOPS is closer to the regulations,” said Andrew Hately, of Eurocontrol’s Bretigny research centre. There is a new emphasis on geo-awareness and the original concept has been redrafted to take in the requirements of two forms of remote ID. “Another of our main concerns is drone-to-drone interaction,” he said.

Introducing the work, Eurocontrol’s Philippe Merlo said: “CORUS is not the end of the story; we need additional work on industrialisation, standardisation, safety cases and to strengthen the regulations for drones. We have proposed the CORUS 2 project for the next round of support within SESAR and we hope this will be selected.”