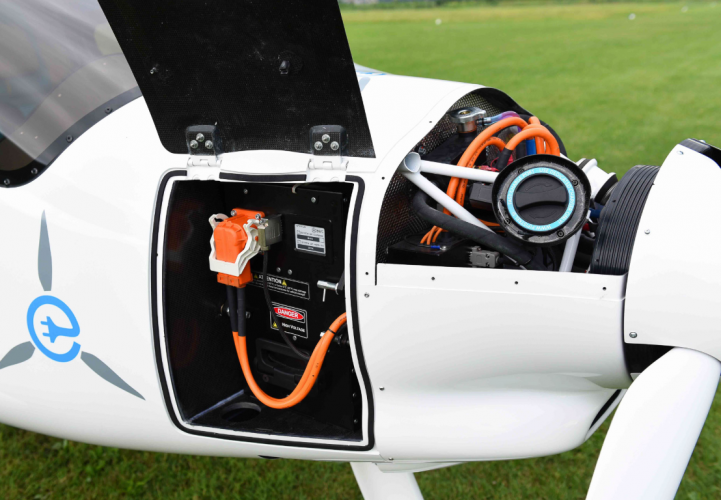 “This is an exciting breakthrough,” said EASA Executive Director Patrick Ky. “This is the first electric aircraft EASA has certified but it will certainly not be the last, as the aviation industry pursues new technologies to reduce noise and emissions and to improve the sustainability of aviation.”

According to an EASA press release:

“The Velis Electro is a two-seater aircraft intended primarily for pilot training. Slovenia-based Pipistrel is a leading small aircraft designer and manufacturer, specialised in energy-efficient and affordable high-performance aircraft. The Velis Electro joins a product line-up of similar, but conventionally powered, aircraft. The certification, completed in less than three years, was only possible in that time-frame due to close cooperation between Pipistrel and EASA, with the common goal of ensuring the aircraft met the high standard of safety needed for certification. The project also brought important learnings that will support future certifications of electrically powered engines and aircraft. The aircraft is powered by the first certified electrical engine, the E-811-268MVLC, certified by EASA for Pipistrel on May 18, 2020.”

“The type certification of the Pipistrel Velis Electro is the first step towards the commercial use of electric aircraft, which is needed to make emission-free aviation feasible. It is considerably quieter than other aeroplanes and produces no combustion gases at all,” said Ivo Boscarol, founder and CEO of Pipistrel Aircraft. “It provides optimism, also to other electric aircraft designers, that the type certification of electric engines and aeroplanes is possible.”

According to EASA the certification project developed in two streams, firstly the typical certification activities related to the aircraft and in parallel a coordinated flight test program using a fleet of (non-certified) Alpha-Electros under EASA permit to fly.  Having the ability to operate a similar aircraft meant the EASA team, which included members from the launch National Aviation Authorities (France’s DGAC FR and Switzerland’s FOCA), had access to operational data necessary for the certification activity, while highlighting the operational needs to enable electric aviation.

During the course of these projects EASA gained first-hand experience in electric flight, learning more about batteries and their management systems, as well as electrical engine power units. This information has been used to develop the E&HPS Special Condition to further enable electric flight.