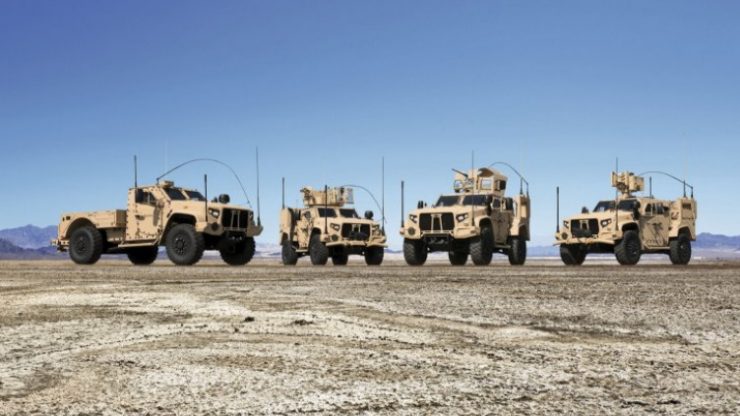 The US Department of Defense (DoD) has issued a request for information (RFI) for a ground-based defence system to install onboard US Marine Corps joint light tactical vehicles, according to a report published in Jane’s 360.  The RFI calls for the means to effectively defeat fixed- and rotary-winged (FW/RW), manned and unmanned aerial threats in support of the Marine Air/Ground Task Force (MAGTF) commander’s scheme-of-manoeuvre.

The RFI has been issued some two years’ after the US Marine Corps first launched a requirement for counter UAS capability for its Marine Air Defense Integrated System (MADIS). According to Jane’s, this RFI relates to the provision of a short-range ability to detect, track, identify, and defeat aerial threats for a pair of JLTV vehicles (one Mk1 and one Mk2). It focuses on the integration of command-and-control (C2) software onto the JLTV Heavy Guns Carrier (HGC) variant. The Mk1 vehicle will include a counter-FW/RW and a non-kinetic C-UAS capability, while the Mk2 vehicle will include a detection, kinetic, and non-kinetic C-UAS capability. Other features include a range at least equal to the FIM-92 Stinger surface-to-air missile system and be ready to deploy with a technology readiness level of 9 (most mature). It should be able to support delivery of two engineering development models during Q3 of fiscal year (FY) 2021, and manufacture of 13 low-rate initial production (LRIP) units during Q3 2022.