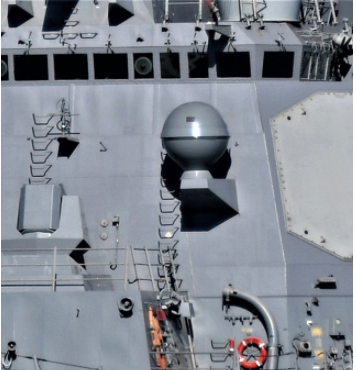 The US Naval Surface Warfare Center, Port Hueneme Division, a field activity of the Naval Sea Systems Command, has awarded military technology provider VTG an additional contract to equip more ships in the US fleet with an innovative laser designed to counter threats from unmanned aerial systems. Under the prime, single-award contract, VTG will install and integrate the AN/SEQ-4 Optical Dazzler Interdictor, Navy (ODIN), a directed energy weapon, aboard five US Navy Arleigh Burke-class destroyers.

In 2020, VTG successfully integrated the ODIN laser aboard the USS Stockdale (DDG 106) and USS Spruance (DDG 111) through a separate sole-source contract, completing both projects on time and on budget, and setting the standard for future directed energy weapon installations aboard US Navy ships.

ODIN, a member of the Navy Laser Family of Systems, is a laser used to counter adversary UAS-mounted intelligence, surveillance and reconnaissance capabilities. This laser for the optical dazzling of adversaries’ long-range and very long-range surveillance systems is being developed and built by the government at NSWC Dahlgren Division, and rapidly fielded to meet an urgent Fleet need. The ODIN laser will be employed on surface combatants to counter asymmetric threats and to provide a scalable response for escalation of force.