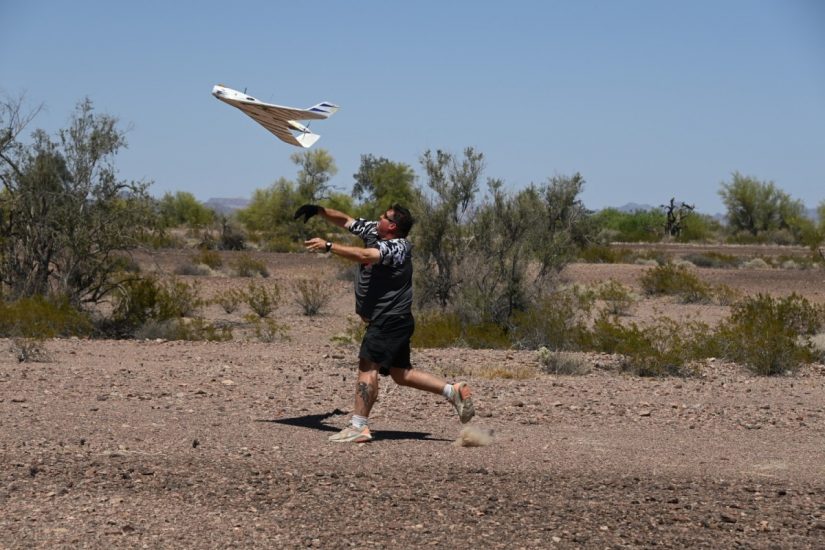 The effectiveness of high-power microwaves to eliminate the threat of small UAS (sUAS) attacks on front line troops has been a key focus of the recently-completed annual counter-UAS (C-UAS) industry demonstration event organised by the US Joint C-sUAS Office (JCO) and the US Army’s Rapid Capabilities and Critical Technologies Office (RCCTO).

According to an article posted on the US Army website:

“The two primary data points that testers sought were the range of effectiveness—how close could a threat get before the counter-UAS system stopped it—and how long it took to defeat the threat system. In some cases, a threat system wasn’t completely destroyed, but was impacted to an extent that it couldn’t get close enough to pose a threat to the mock FOB. In the demo scenarios, the testers gave the competitors geographic boundaries for a notional forward operating base (FOB) that the systems had to defend against incoming flying threats.

During the first week of the demonstration, testers evaluated systems that utilized high powered microwaves to defeat threat systems, said the article. During the next two weeks “the demonstration was open to any C-sUAS system that demonstrated how Contractor Owned Government Operated (COGO) capabilities could detect, track, identify, and defeat sUAS threats. This COGO concept is referred to as Counter-sUAS as a Service (CaaS). A Company’s successful demonstration of the CaaS concept could potentially result in them signing a service contract with the government.”

“Truth data”—the real location of a threat—was a key aspect to verifying each systems test performance. In the second and third weeks of the CaaS demonstration, the performance data was tailored to the system depending on what types of components were present—a camera or jammer, for instance.

“The DOD normally buys things and owns it for the life cycle: you have to put it to rest at the end, and in between you have to maintain it and upgrade it as necessary,” said Col. Greg Soule, Acquisition and Resources Division Chief for the JCO. “We could potentially pay an industry partner to perform this as a service to the DOD with the responsibility to maintain and upgrade it, and to a certain extent operate it.”

It is also possible that each of these systems has sub-components manufactured by different companies.

The JCO was established in 2020 to investigate the potential of competing technologies to defend US armed forces from sUAS attacks and holds an annual event at the Yuma Proving Ground in Arizona.