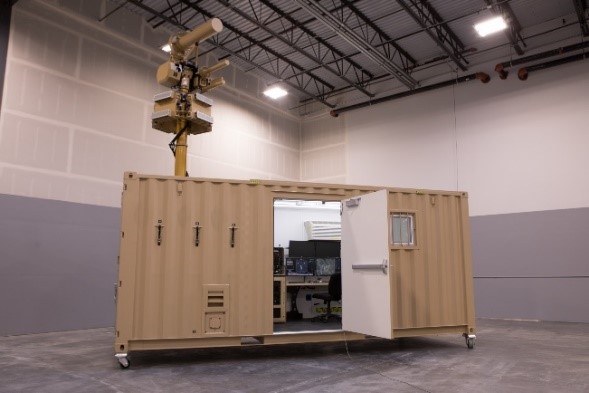 The US government is due to take delivery of Anti-UAS Defense Systems (AUDS) technology worth USD 10 million as part of a three-year Counter Unmanned Aerial Systems (CUAS) programme to provide protection for US military operations. AUDS is made up of multiple technology layers sourced from several companies and designed to detect, track, identify and defeat malicious threats from drones. The C-AUDS variant (Containerized AUDS) features a state-of-the-art operator suite, hardened for use in any climate, and can easily be moved between locations.

Among companies supplying AUDS technology, Liteye has over USD70 million in counter drone contracts with the US Government and reports over 1000 defeats against enemy drones flown by ISIS, Taliban and others. Liteye CEO Kenneth Geyer said AUDS operates all over the world: “As we’re seeing drone incidents escalate, it’s imperative that we’re more diligent about our technology improvements, on-time delivery and performance standards. We continue working with our end-users and partners to layer capabilities into the system to remain effective against the new threats.”