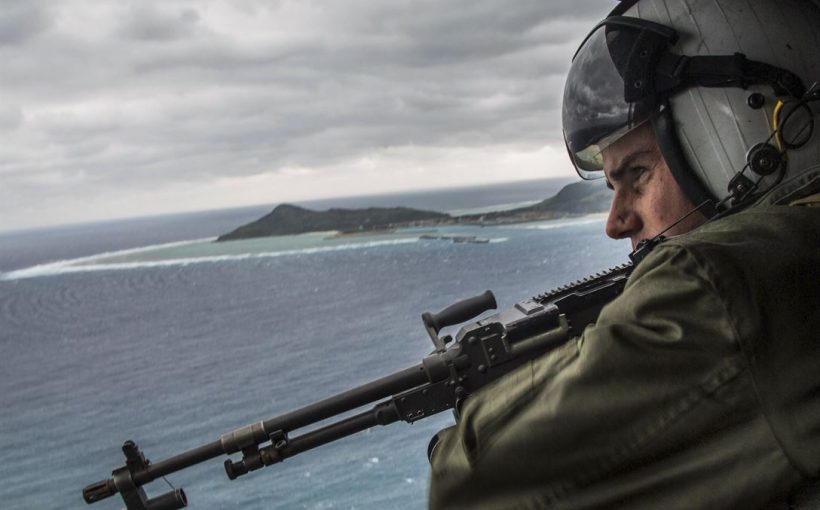 The increased use of commercial and privately owned small unmanned aircraft systems has raised Defense Department (DoD) concerns for the safety and security of its installations, its aviation and its people, a Pentagon spokesman told reporters on 7 August 2017.

“We support civilian law enforcement investigations in the prosecution of unauthorized UAS operations over military installations,” Navy Captain Jeff Davis said, “and though we do not discuss specific force-protection measures, we of course retain the right of self-defence. And when it comes to UAS or drones operating over military installations, this new guidance does afford us the ability to take action to stop those threats.”

Davis said such action includes tracking, disabling and destroying drones, depending on circumstance and the type of installation where UAS activity is detected.

Guidance was sent on 4 August to the services and to installations about the use of small unmanned aircraft systems — commonly called drones — over and around military installations in the United States.

The new guidance specifies how DoD will interact with local communities about UAS restrictions on and near military installations, Davis said, adding that it follows classified guidance that was provided to the services and installations in early July. “Protecting our force remains a top priority, and that’s why DoD issued the specific, but classified policy developed with the Federal Aviation Administration and our inter agency partners that details how DoD personnel may counter the unmanned aircraft threat,” he said.

All UAS activities within the United States must follow appropriate FAA regulations and guidelines, Davis said, noting that UAS activity outside FAA rules and guidelines is considered “unauthorized activity.” Specific guidelines on the proper use of drones are listed on the FAA website, he pointed out.