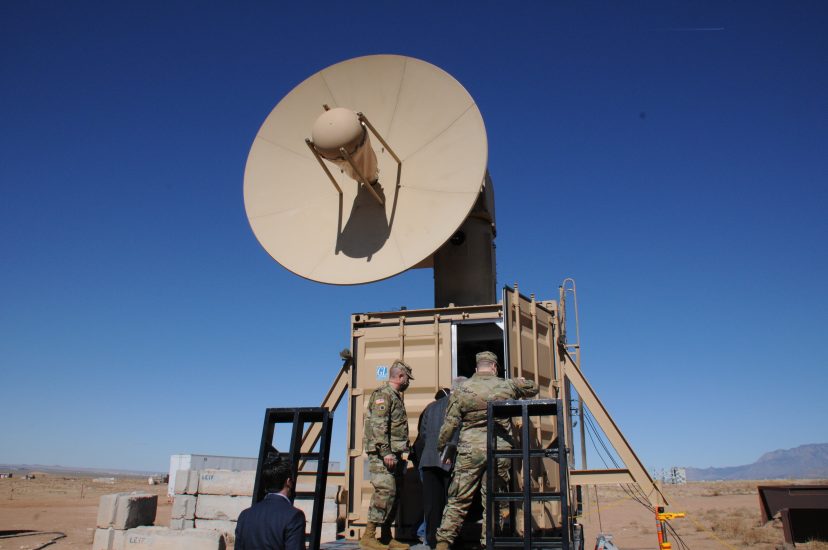 In an effort to counter the increasing threat posed by enemy drones and other airborne threats, the US Army is making an investment in directed energy prototype technology, with the Tactical High Power Operational Responder, or THOR system, developed at the Air Force Research Laboratory’s Directed Energy Directorate at Kirtland Air Force Base. THOR is a prototype directed energy weapon used to disable the electronics in drones, and specifically engineered to counter multiple targets – such as a drone swarm – with rapid results. The technology is housed in a 20-foot-long shipping container that can be stowed in a military cargo plane and assembled by just two people.

Army Lt. Gen. L. Neil Thurgood, the director for Hypersonics, Directed Energy Space and Rapid Acquisition, who oversees the Army Rapid Capabilities and Critical Technologies Office said: “The Army’s directed energy capabilities will need to provide a layered defense with multiple ways to defeat incoming threats,” Thurgood said. “High energy lasers kill one target at a time, and high powered microwaves can kill groups or swarms, which is why we are pursuing a combination of both technologies for our Indirect Fire Protection Capability rapid prototyping effort. Our partnership with the Air Force Research Laboratory gave the Army a running start on the high power microwave mission, and we look forward to continuing to advance these capabilities to protect our warfighters.”

Drones represent an emerging threat to US military bases, personnel and infrastructure. Prior to THOR’s deployment overseas, the prototype is undergoing a series of risk reduction and system characterization efforts at Kirtland AFB, as well as hands-on Soldier touchpoints that solicit input from operational users.

“THOR, and other DE systems, provide non-kinetic defeat of multiple targets at once,” Thurgood said, after watching a system demonstration that took place in a remote canyon of the 52,000-acre base. “Keeping our soldiers safe is our number one priority, and we need to employ effective defensive weapons systems to stay ahead of the changing threats presented by our adversaries.”

The AFRL THOR program took on the challenge to design, build and test an effective counter-UAS system that could engage many targets at once, and at long distances. High power microwaves are one solution to this challenge.

“The system output is powerful radio wave bursts, which offer a greater engagement range than bullets or nets, and its effects are silent and instantaneous,” said Amber Anderson, THOR programme manager.

During and after THOR deployment, the RCCTO will continue to partner with the Air Force on the THOR program in support of the U.S. Army’s effort to provide a prototype Indirect Fire Protection Capability-High Power Microwave system to a platoon by fiscal year 2024.

Additionally, the Army will deliver a prototype IFPC-High Energy Laser capability in FY24 that uses a 300 kilowatt-class laser for fixed site defense.