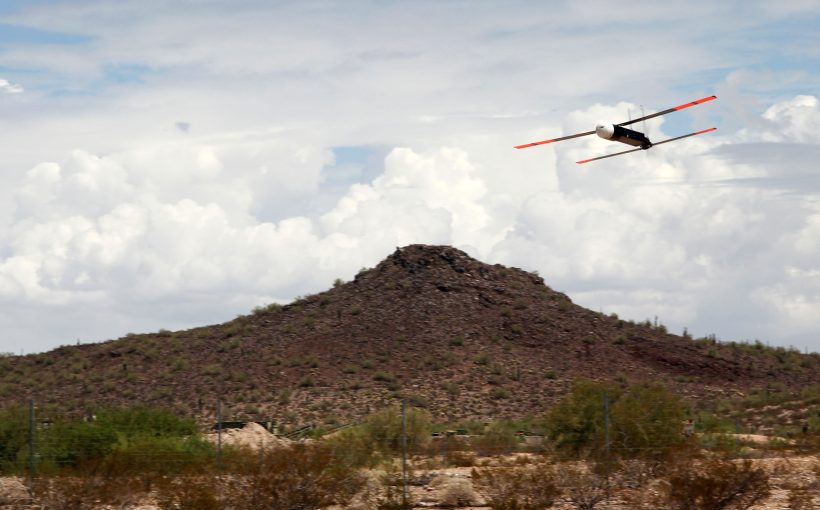 The U.S. Army will use Raytheon Company’s Coyote® unmanned aircraft system and the KRFS radar (Ku band radio frequency system) to counter the escalating threat of enemy unmanned aerial vehicles in the skies above the battlefield.

Equipped with an advanced seeker and warhead, the Coyote-enabled system can successfully identify and eliminate threat UAVs when paired with an advanced electronically scanned array KRFS radar, which acquires and accurately tracks all sizes of UAS threats.

Coyote is small, expendable and tube-launched. It can be deployed from the ground, air or a ship. Coyotes can be flown individually or netted together in swarms, and they are adaptable for a variety of missions including surveillance, electronic warfare and strike.

In addition to Department of Defense missions, the versatile Coyote is also used by the National Oceanic and Atmospheric Administration for hurricane tracking and modelling.

Raytheon is finalizing development of advanced Coyote variants that will fly faster and farther. Because of an urgent operational need, the Army is expected to use Coyote as a counter-UAS solution before the end of the year.

“The warfighter needs a complete mission solution to successfully counter UAS threats,” said Dave Gulla, Raytheon Mission Systems and Sensors vice president. “Our quickly transportable system that tracks low-swarming threats with KRFS and eliminates those threats with Coyote, is a game changer for the U.S. Army.”

Raytheon has delivered 40 KRFS radars to date, with more than 32 deployed by the Army and is upgrading the systems for extending capability and ensuring support of the soldier beyond 2025.