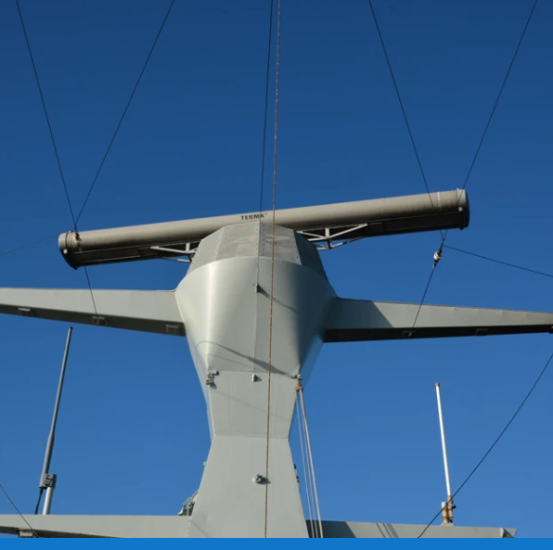 The development within drone technology has leaped significantly over the past years, making advanced easy-to-fly drones accessible to almost everybody. The drones are typically equipped with high resolution cameras, long-range wireless communication, and capability to fly autonomous also outside visible line of sight. Today, drones pose an increased risk to even the most capable naval ships, says the Terma press release.

“Small, easy-to-fly drones are without doubt here to stay and will only get more and more advanced with extended capabilities becoming a direct threat to naval security. This includes compromising missions such as surveillance, counterintelligence, and carrying explosives” says Per M. Sørensen, Senior Sales Director Naval Sales at Terma and continues: “Up until now it has been difficult to separate the drones from other small targets – e.g., birds. To separate the drones and other targets of interest, the radar has been updated with advanced artificial intelligence classification. The AI classifier is able to classify even the smallest drones at impressive distances, hereby assisting the operators to classify targets of interest”.

With the SCANTER 6002 radar’s low peak power the operation and detection are optimal in open sea and coastal areas. The technical performance of the SCANTER 6002 radar with its unique frequency diversity, high sensitivity, and small cell size, provides the capability to detect even very small targets in harsh weather conditions. The optimized ET2 tracker tracks all target types including drones, simultaneous with other air and surface targets.