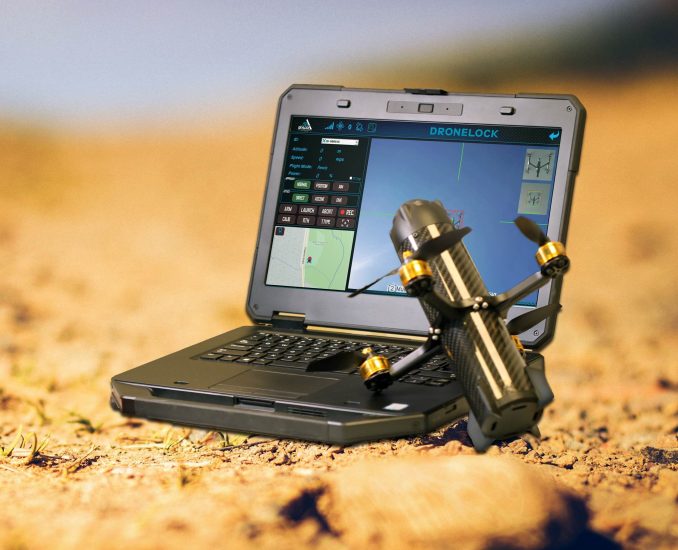 Israeli company SkyLock reports it has developed a hard kill system against swarms of drones.

According to Asaf Lebovitz, VP of sales, the DroneLock system can work with or without radar. If a radar is used to detect incoming drones the coordinates are transferred to a network of small killer drones that are launched in preprogrammed numbers – between one and 20. Each SkyLock killer drone weighs 960 grams and can operate at a maximum range of 4km and an altitude of 4km.

The cruise speed of the killer drone is 150-200km/h. Each unit is equipped with an optical 4K sensor that can work in day and low light conditions. According to the company, the sensor can detect a drone from a range of up to 400 meters. “By a combination of AI and machine vision, our killer drone aims at the soft spots of the incoming drone like the propellers and battery,” said Asaf Lebovitz.

The system has been designed to be effective where other methods, such as disrupting communications, will probably fail.