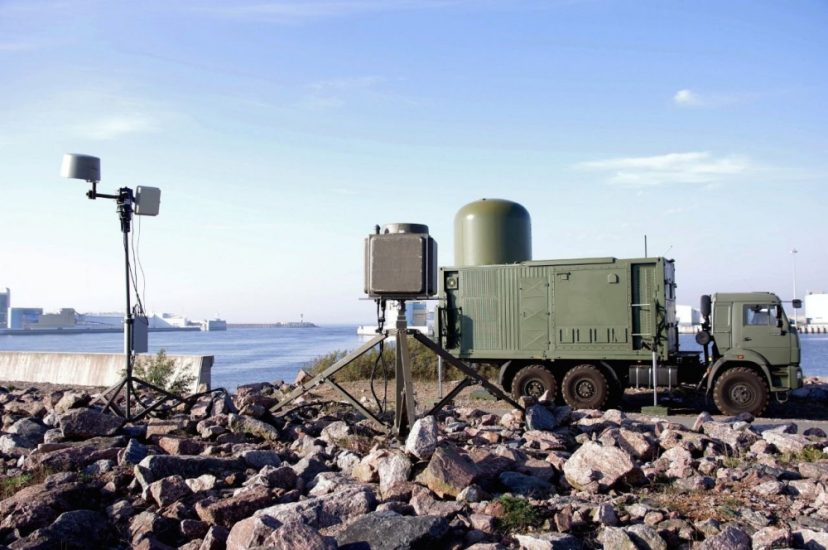 A Russian counter drone system has been destroyed by a Ukrainian-operated drone according to a report by UAS Vision. The RLK-MC-A (ROSC-1) Valdai system is shown in a video circulating on social media being attacked by a civilian drone modified for military operations, says the report. The anti-drone system was developed by the Lianozovo Electromechanical factory. Work on the project began in 2016, and the system entered Russian military service in 2021. The attacking drone appears to be dropping three modified hand grenades – RKG-3 or a similar model – with additional fins attached. The incident suggests either that Valdai cannot intercept small drones like those produced by DJI, or that it is malfunctioning.

Various documentation of the ROSC-1, available online, claims that it is capable to detect and disable small drones at the distance of up to 10 kilometers.

The question remains whether the system in the new video is indeed the ROSC-1, asks UAS Vision. The most identifiable part of the system – a control module, which can be mounted on a truck or in a shipping container – is not visible in the video.

It also calls into question if an operational or even complete system was attacked. While the two subsystems visible in the video indeed constitute a lucrative target and may have sustained substantial damage from the shrapnel thrown around by the grenades, the control module, a much larger and arguably more important target, remains absent.