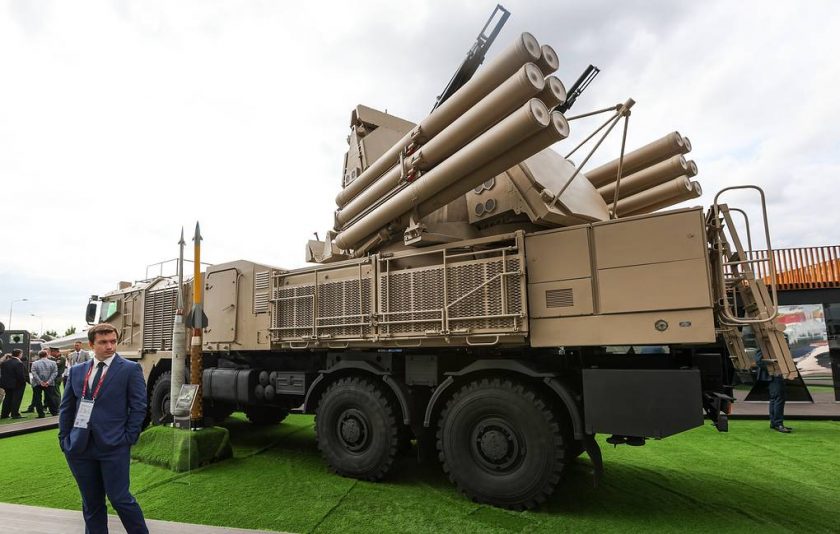 Russia’s TASS new agency has reported the Pantsyr-S1M counter UAS/air defence system has received new hypersonic surface-to-air missiles that has boosted its striking range from 20 km to 30 km, its operational altitude from 15 km to 18 km and its destruction area threefold

According to the news agency: “The upgraded Pantsyr-S1M surface-to-air missile/gun system is capable of fighting all types of unmanned aerial vehicles (UAVs), including strike drones, Industrial Director of the Armaments Cluster at the state tech corporation Rostec Bekkhan Ozdoyev….The upgrade has substantially boosted the Pantsyr’s capabilities for fighting all types of drones. In particular, the system is capable of effectively detecting and destroying all types of strike drones that are in operational service,” he said.

“The Pantsyr-S1M can be used as the basis for building an effective modular air defense network capable of shielding any military units from small-size and strike drones, precision weapons and, of course, military aviation – aircraft and helicopters. The system fully complies with the present-day A2/AD [anti-access/area denial] principles [an air defense system used to prevent an enemy from penetrating into vital areas],”

According to the TASS report, along with new missiles, the system can also fire missiles of the Pantsyr-S1 launcher. The upgrade of the Pantsyr-S1M has also improved its stealth, jamming resistance and the rate of fire. Russia’s state arms exporter Rosoboronexport signed the first contract on the delivery of Pantsyr-S1M anti-aircraft missile/gun systems at the Army 2021 international arms show on August 25.

“Countering drones is a major task for present-day air defense weapons. Currently, the Russian industry produces two types of counter-drone capabilities: ‘soft-kill’ to suppress drones by electronic countermeasures and ‘hard-kill’ to physically destroy UAVs. The network integrating both technologies was unveiled at the IDEX 2021 [international arms] show and the Pantsyr-S1M will be its major component, in particular, within a group of systems for physically eliminating drones,” Mikhailov said. “The munitions that are used make it possible to fully meet the cost/efficiency ratio in striking targets. We can confidently say that the Pantsyr-S1M is the world’s least expensive counter-drone system,” he added.