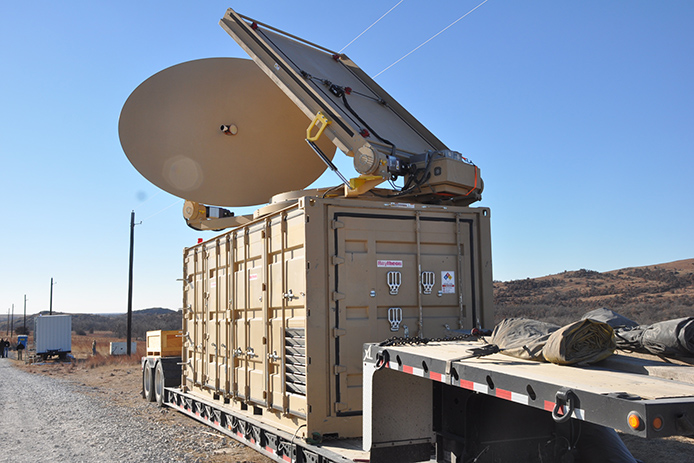 The US Air Force will test Raytheon’s prototype High-Power Microwave (HPM) counter-drone system, designed to disable multiple targets at one time. The HPM system will be deployed to troops overseas to destroy hostile drones. The contract follows a separate US Air Force contract awarded to Raytheon to build two prototype High-Energy Laser (HEL) systems, also to be deployed overseas. The HPM and HEL contracts follow successful demonstrations of Raytheon’s directed energy systems to the US Air Force and US Army, and the systems are designed to be deployed independently or together to counter unmanned aerial systems threats.